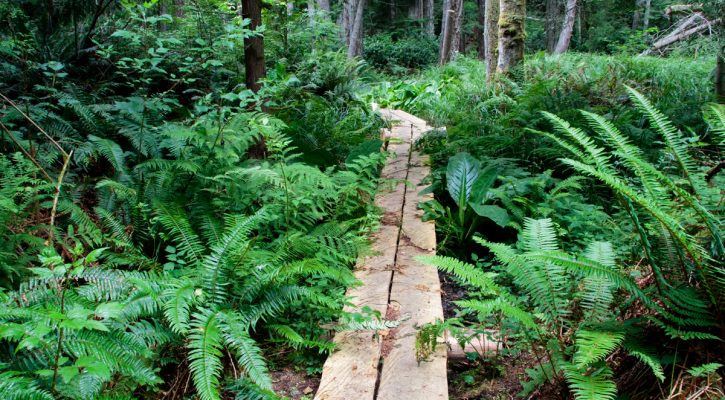 
Many thanks to Dave, resident of Fidalgo Island and writer of the blog Fidalgo Island Crossings. Dave is arguably (albeit not officially) the regional expert on most things Deception Pass State Park and routinely leads walks, talks and hikes there and at nearby Kukutali Preserve. He recently marked two milestones: turning 70 and hiking every official trail at Deception Pass! Read on, then check out Dave’s blog or join him on Twitter for some great tips and tales from Fidalgo and Whidbey islands’ bountiful beauty! Note to readers: Adventure Awaits chose to use Dave’s photographs from both this blog and a variety of his other incredible hikes to celebrate the park’s diversity and his hiking career. Click here for his post in its original format. #DeceptionPassSP #WAStateParks #Washington #Washingtonstate #PNW #seniors

No, I am not giving up hiking. 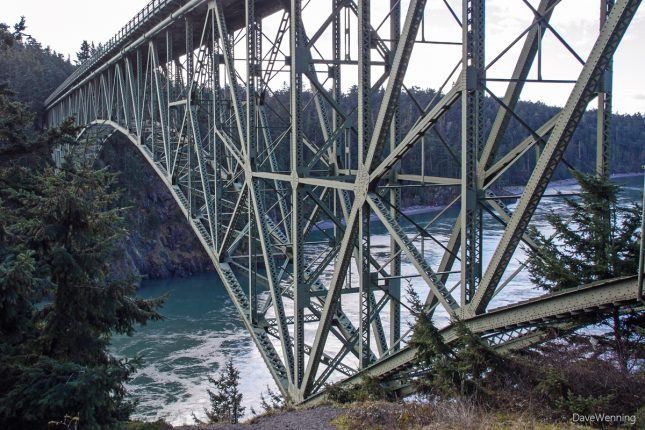 The Deception Pass Bridge. Photo by @DaveOnFidalgo.
When I say the “last trail,” I am saying with this hike, I have completed every official trail in Deception Pass State Park. This one opened last fall and doesn’t even have a name or appear on the park’s trail map. Park staff just refer to it as the Goose Rock-Cornet Bay Road trail. It branches south from the trail that connects the park administration building with the Goose Rock Perimeter Trail. For this hike, I parked at the admin building and headed down the trail toward Cornet Bay. Find a map of the trail on page 6 of the October, 2015 issue of The Current.

The weather was atypical for July. I set off under an overcast sky in occasional light drizzle. The temperature was a comfortable 57° F, 14° C. The forest would be my umbrella. I remained dry the entire hike. 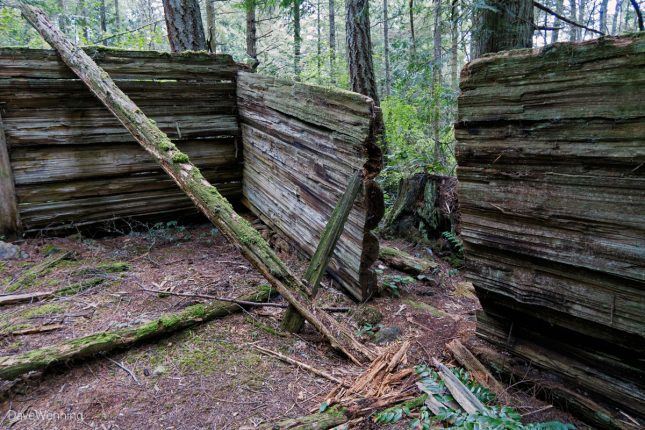 Scenes from the John Tursi Trail. Photo by @DaveOnFidalgo
The trail begins like most of the others in the park. It’s a closed-canopy coniferous forest trail bordered by shrubs, plants and mosses. This is now a segment of the 1,200-mile Pacific Northwest National Scenic Trail that runs from the Continental Divide in Montana to Washington’s Olympic Peninsula coast. The new trail eliminates the need for hikers to wander through campsites or walk along the highway. 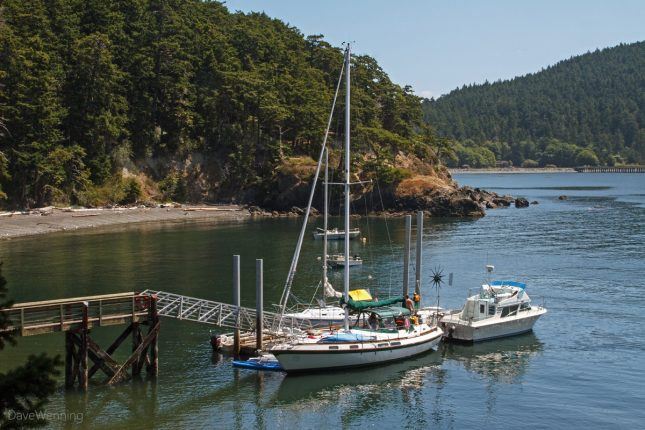 Boats at the Deception Pass docks on Bowman Bay. Photo by @DaveOnFidalgo
As I proceeded, I noticed the canopy starting to open up ahead. I found myself at the edge of a wetland. What allowed the formal opening of this trail was the construction of a puncheon-style bog bridge through the wetland by volunteers from Skagit-Whatcom-Island Trail Maintaining Organization (SWITMO). This has also become a primary point of interest on the trail. Before the bridge, this bog area had been virtually impassable. The wetland has now become a destination, a reason to hike the trail.

A plaque dedicates the bridge to the memory of Bob Matchett, an outdoorsman and SWITMO volunteer. He had worked on creating this trail. When he passed away, the organization chose this bridge as a fitting memorial. 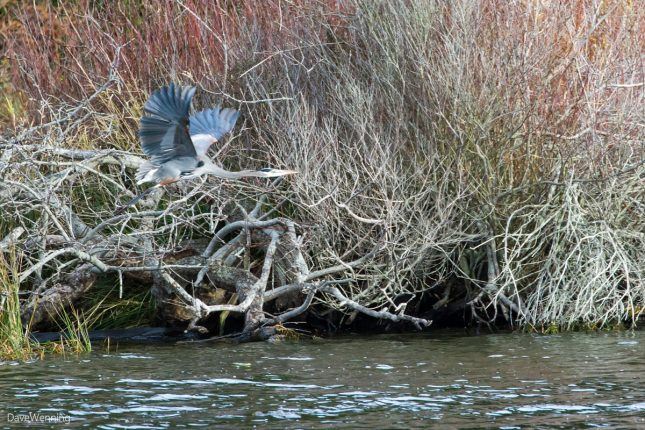 Watching herons is a delightful treat at Deception Pass’ Cranberry Lake. Photo by @DaveOnFidalgo
When I started across, I expected the boardwalk bridge (pictured in feature photo) to bounce and slosh in the mud. It didn’t. It was rock-solid, as stable as any concrete sidewalk I have ever traversed. I congratulate the guys from SWITMO on this engineering feat in such a difficult place. Since keeping my feet dry is always a goal, it is greatly appreciated. 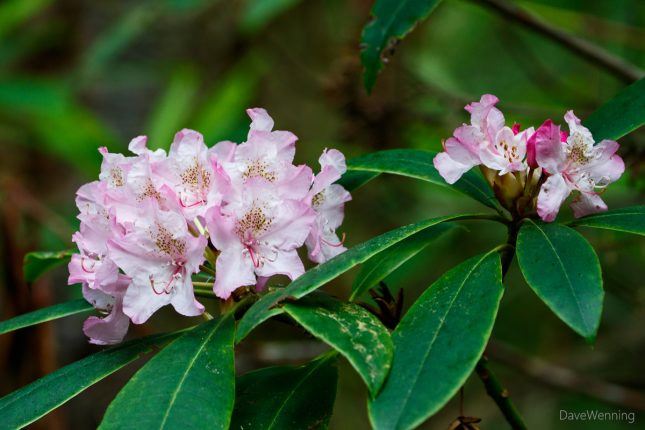 Dave leads some wonderful and popular spring hikes when the rhododendrons bloom at Deception Pass. Photo by @DaveOnFidalgo
Cooley’s hedge-nettle (Stachys cooleyae) and Queen Anne’s lace (Daucus carota) were blooming all around the bridge. I could also see remnants of spring wetland wildflowers, especially skunk cabbage and false lily-of-the-valley. I will definitely be adding this trail to my spring rhododendron and wildflower treks. It’s a convenient extension to the Goose Rock trail network. 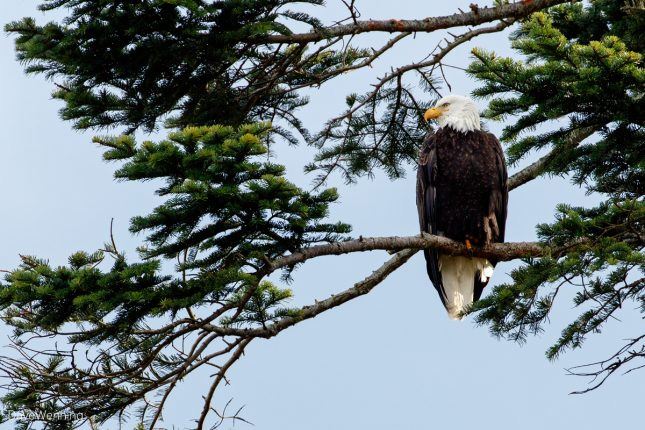 Bring your binoculars! The birds at Deception Pass are nothing short of majestic! Photo by @DaveOnFidalgo
The trail ends at Cornet Bay Road near the State Park Retreat Center driveway.

From the admin building or Quarry Pond Campground to Cornet Bay Road and back is an easy one-hour hike. There is no difficult terrain. Allow more time if you stop to look at things like I do.

Earlier this week, I checked off the Shady Way Trail at Hoypus Point. This was the only trail in the Hoypus network I had not yet explored. It’s a short trail, but you need to cover a lot of ground to get to it. Altogether, this ended up a three-hour hike Hoypus is a fascinating, primitive area of the park for hiking. I’ll be returning there many more times.

One way to describe Deception Pass State Park is “4,000 acres with 50 miles of trails.” Completing these two trails, and thus all the Deception Pass trails, is a milestone for me. As commemoration, here is a quick list of all the trails I have hiked in the park: 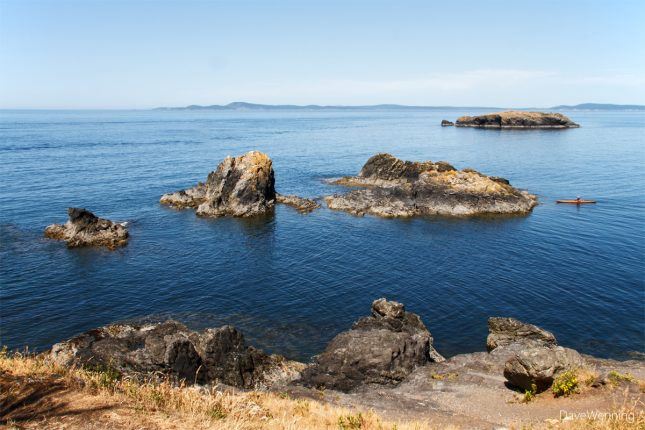 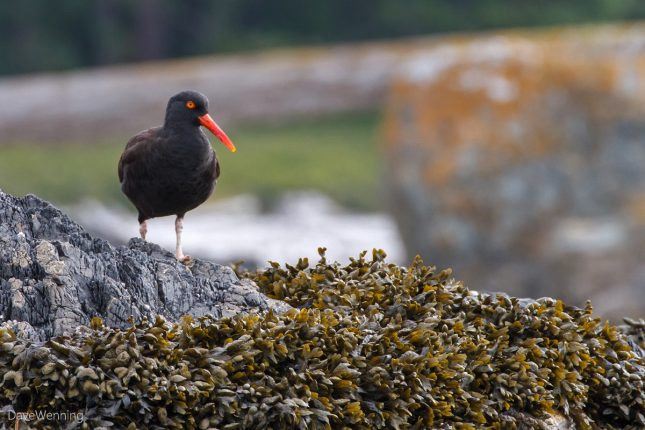 Watched animated oystercatchers do their thing at Deception Pass is a lot of fun! Photo by @DaveOnFidalgo
–Dave
Fidalgo Island

Do you have a favorite hike at Deception Pass? Perhaps you’ve been on one of Dave’s signature rhododendron hikes?
Tell us about it and share your stories here!

Feature photo of bridge by Dave Wenning
Follow Us: