Burn Ban Alert Burn Ban in effect at all Washington state parks Read On...
Create an Account
Increase your productivity, customize your experience, and engage in information you care about.
Reservation Account Login
Site Login 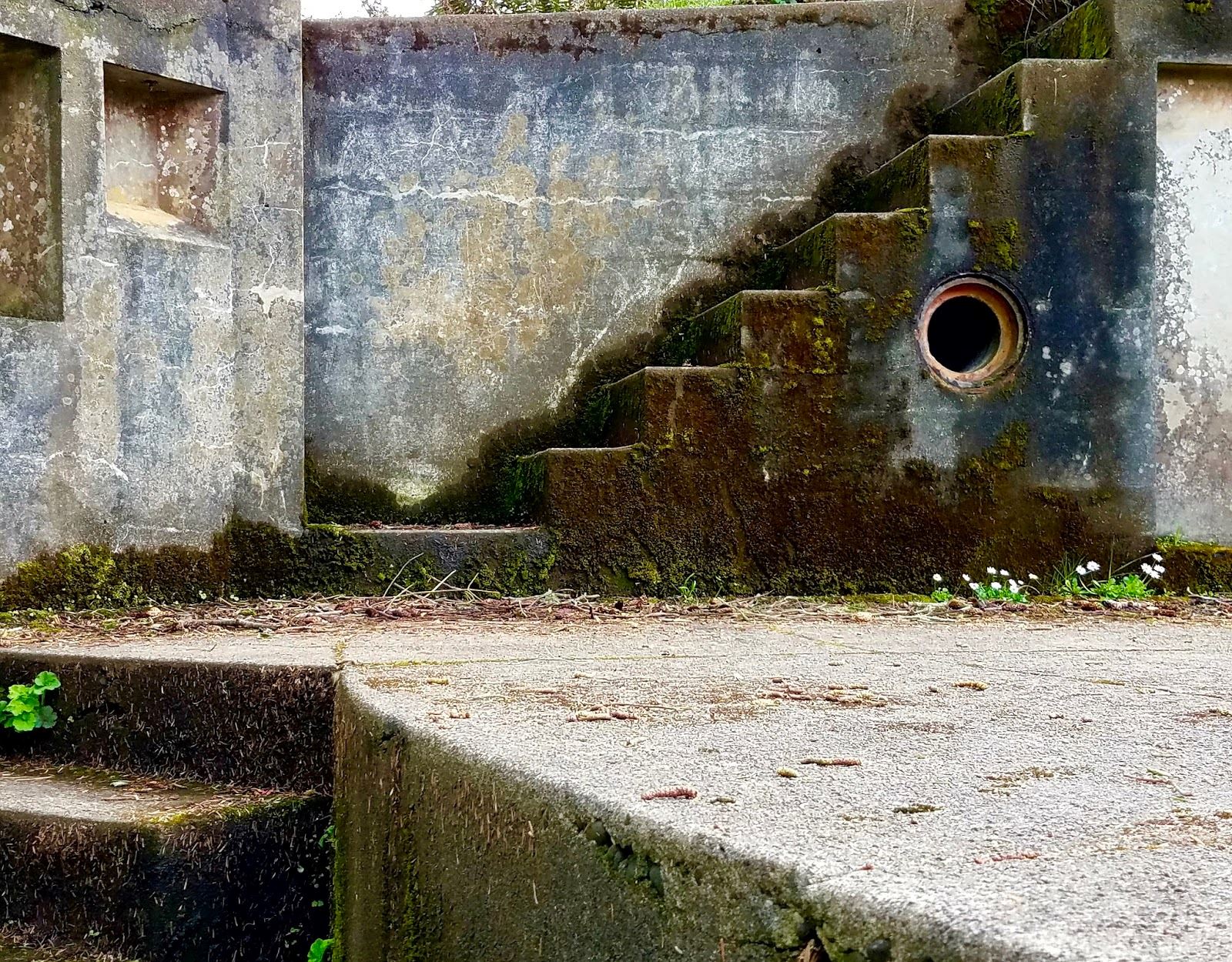 Many thanks to Kathy McConnell for sharing a recent entry from her blog, BOX OF TALES: Travels, Musings and Stories. Kathy, a writer, photographer and former educator, hails from Kooskooskie , Wash. Does visiting a Washington state park inspire your inner muse? Tells us about it and show us your photos on our story share portal her on Adventure Awaits!

Moss, powder, water and rust provide the pallet of colors for decomposing structures found at Cape Disappointment State Park on the Washington coast.

Completed in 1905, Battery Harvey Allen never saw any wartime action, but now it offers its services as the backdrop for dramatic photo-ops for weekend wanderers. 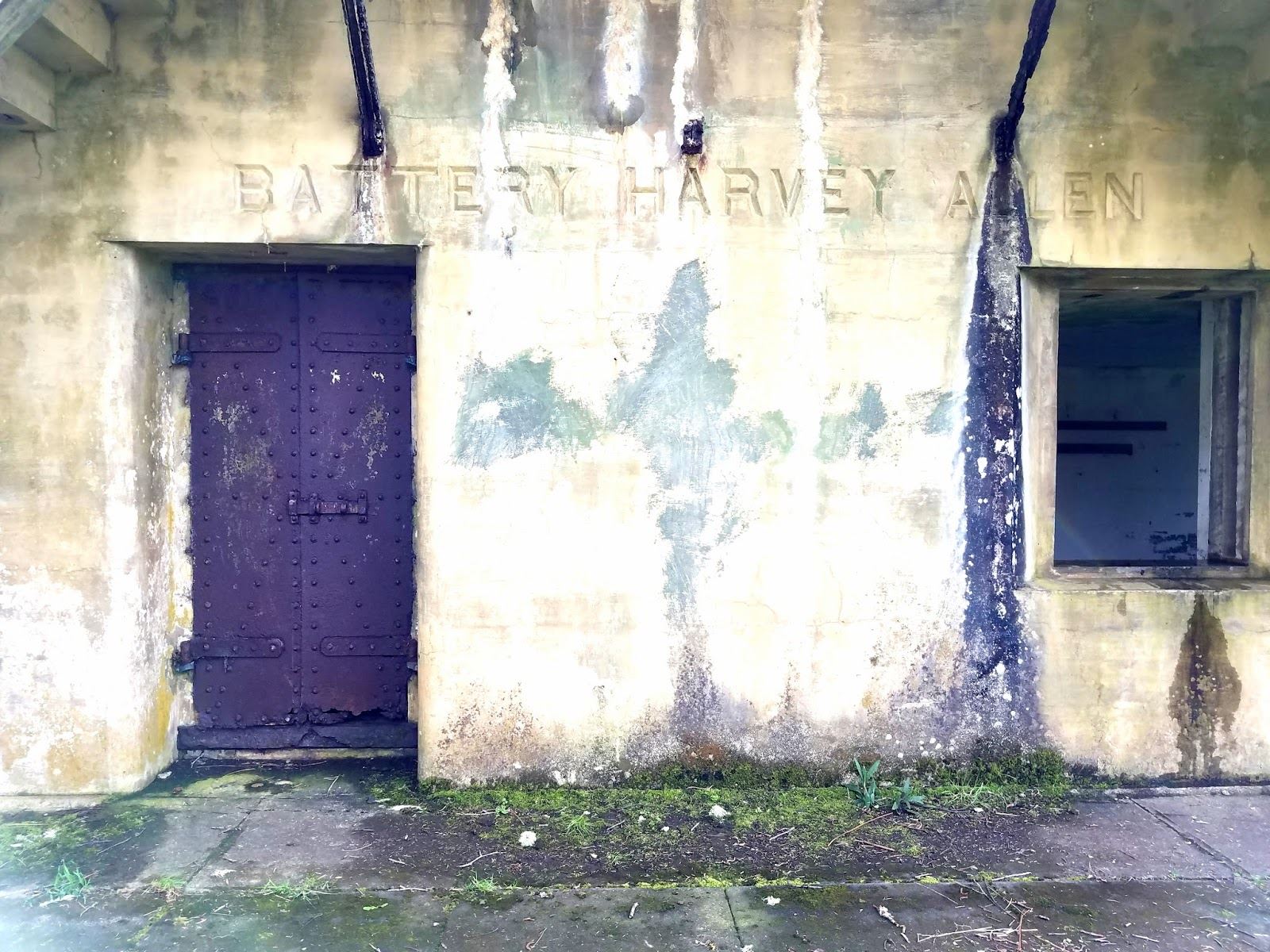 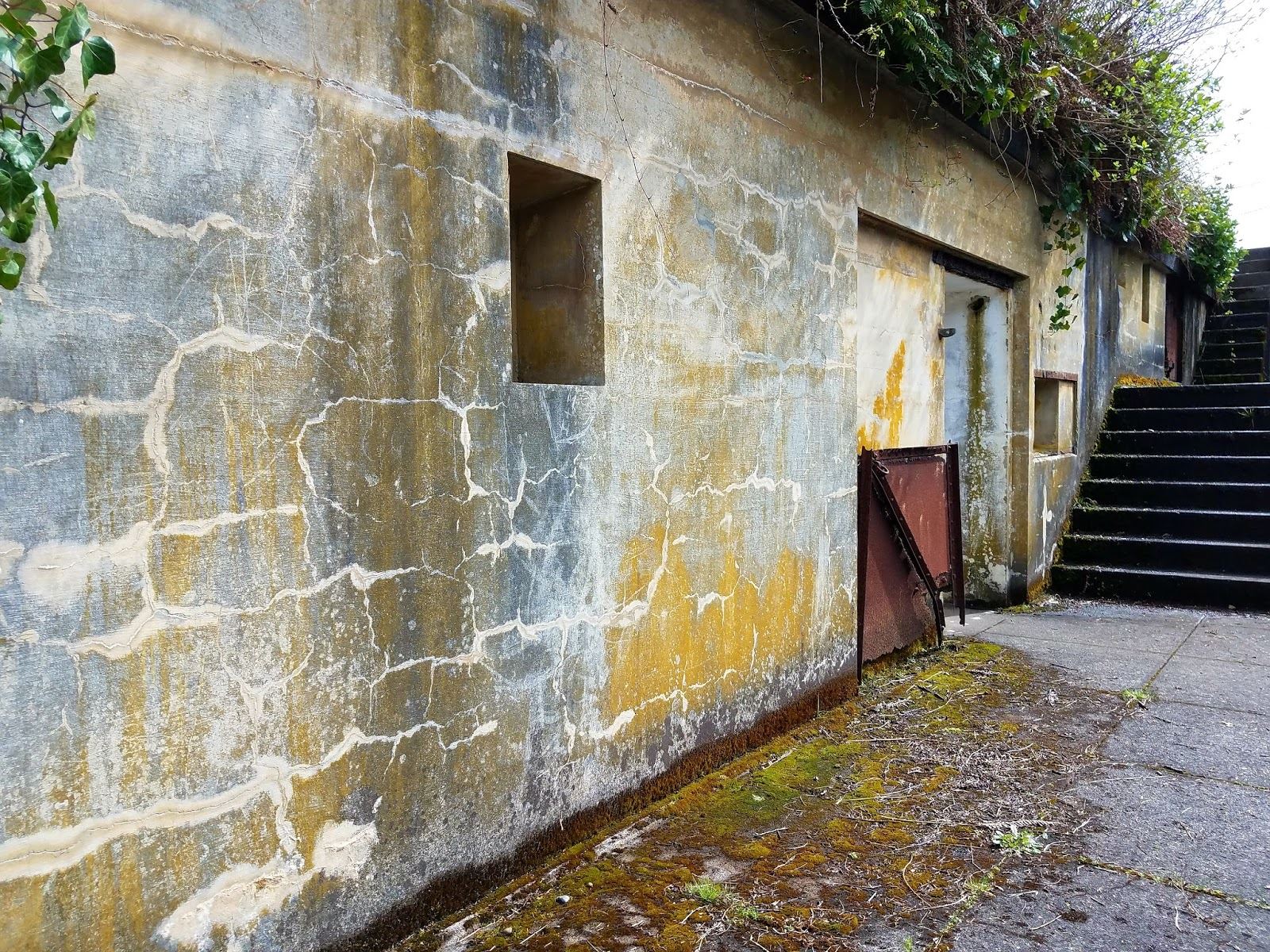 The battery's metal doors evoke an auditory impression of the sound they must have when they were clanged shut — even while the salty air silently besieges their integrity. 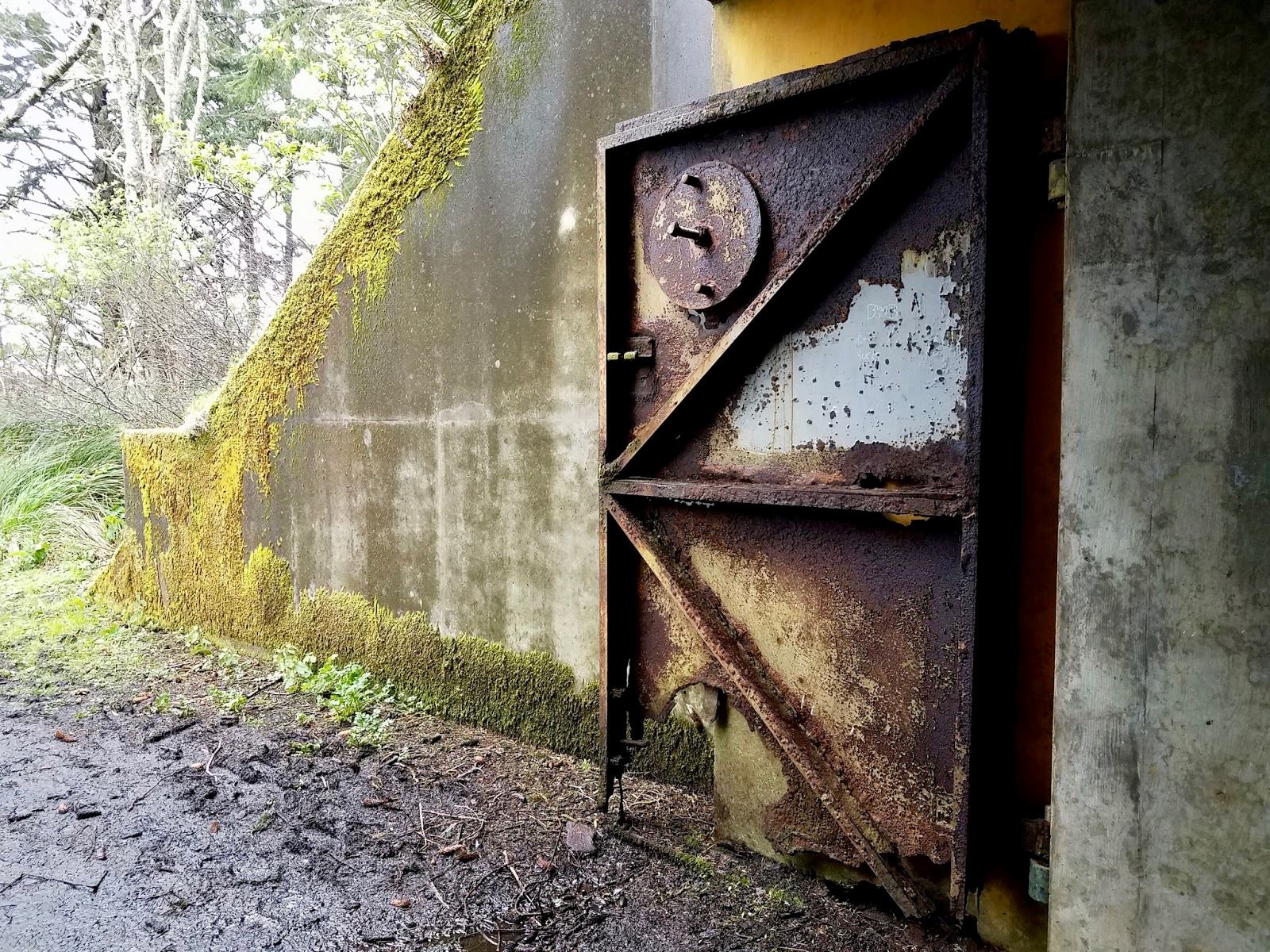 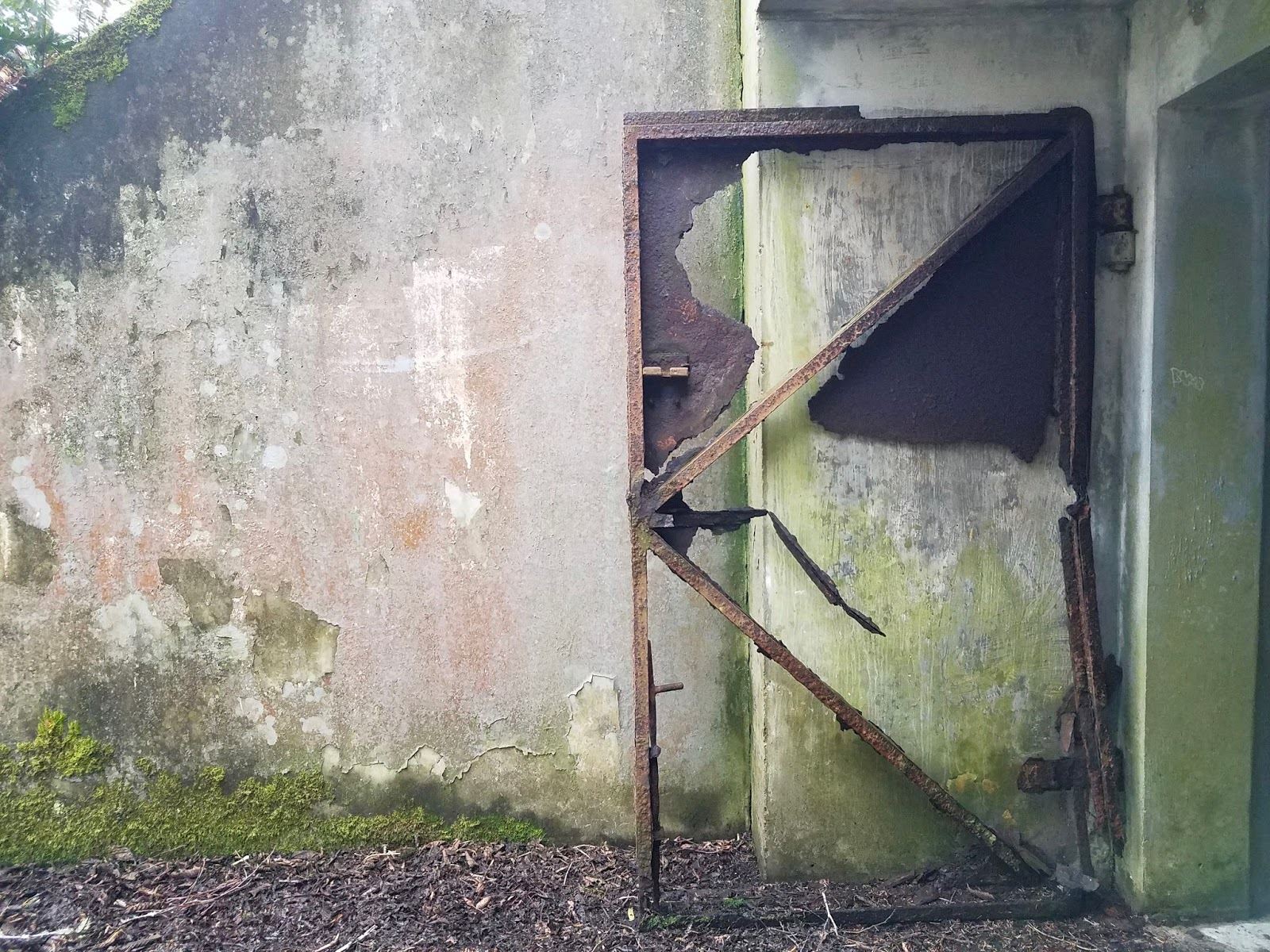 Could I have stood on the slab below hour after hour, watching for whatever might come – not knowing that atomic bombs would make this outpost obsolete before anything worrisome would ever come into sight? 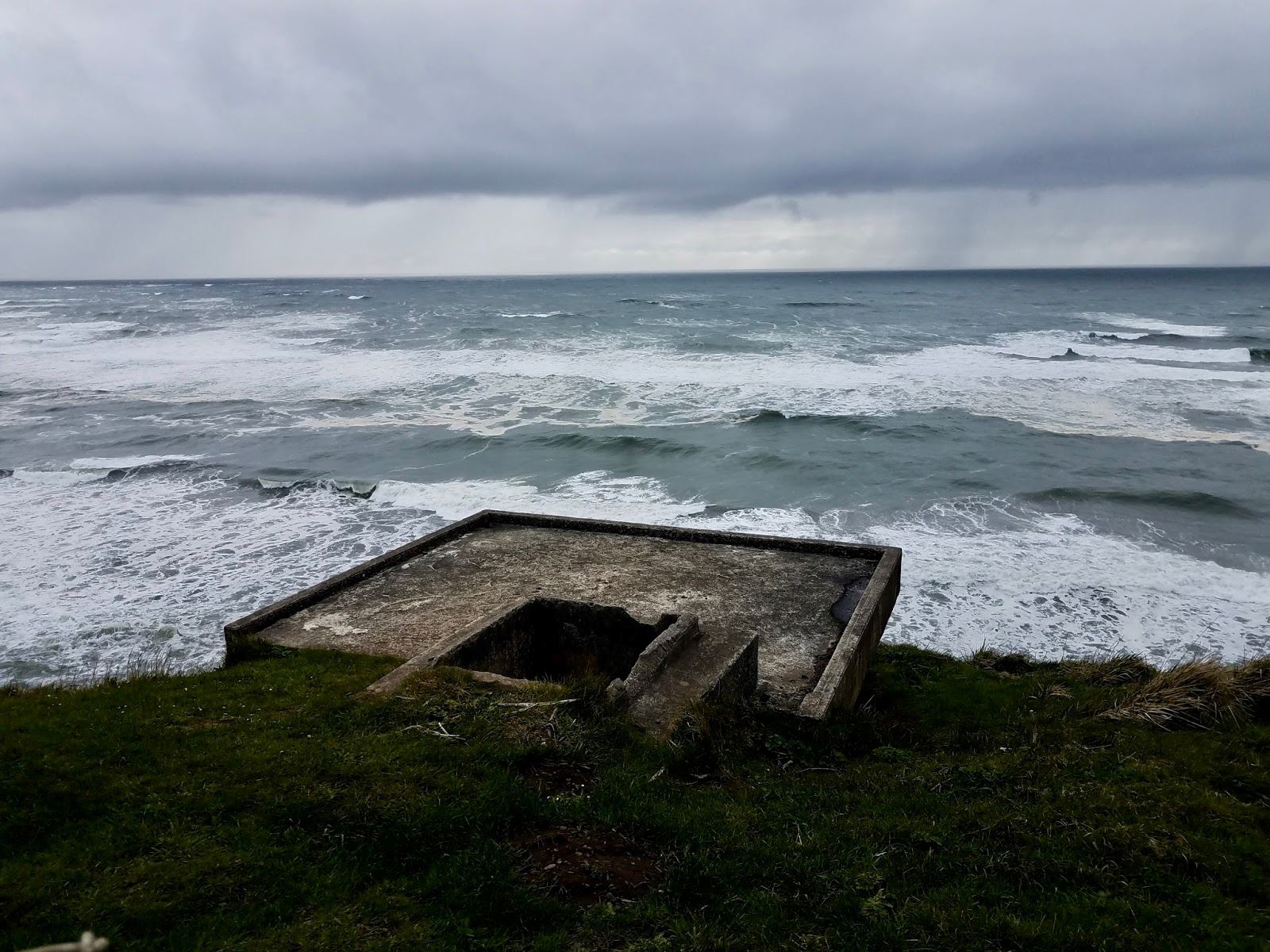 Would I have surmised that the emplacement for the cannon's carriage would become a lily pond? 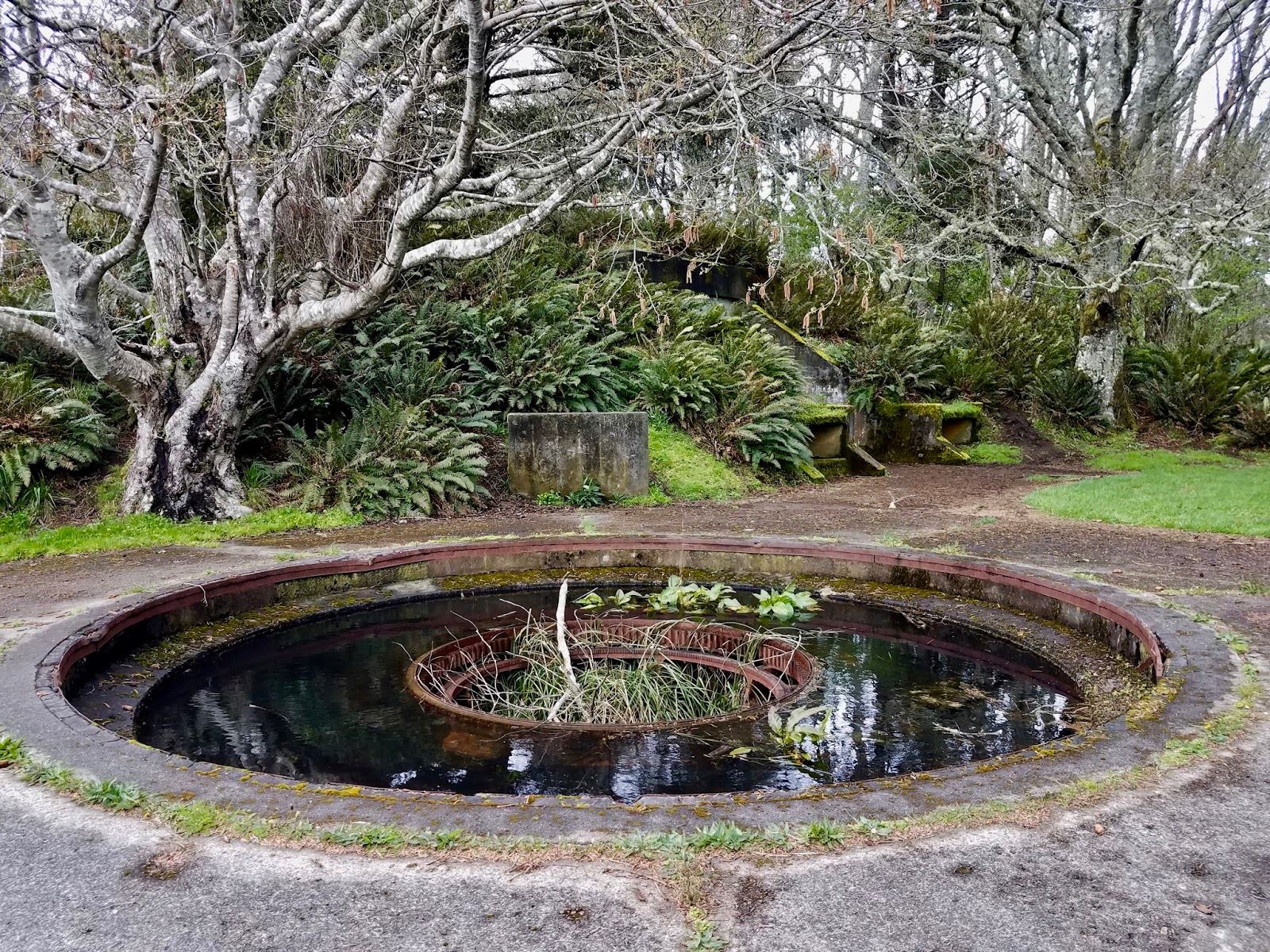 Or the barracks dissolve into op-art … 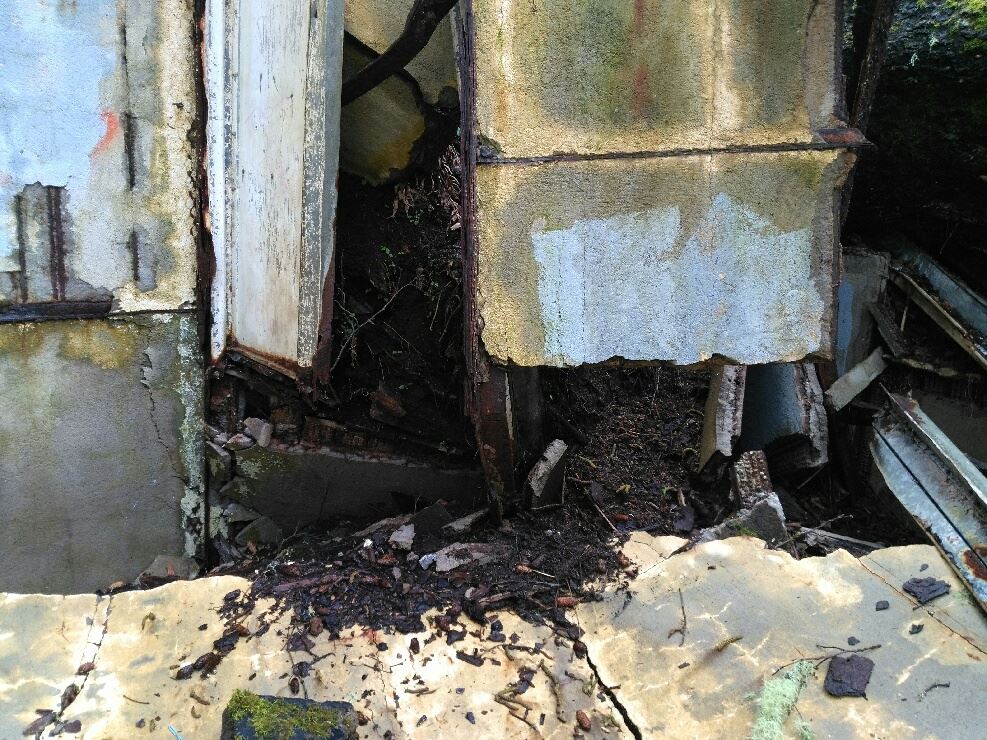 … while its roof becomes a floor – a surface for leaf and cone litter? 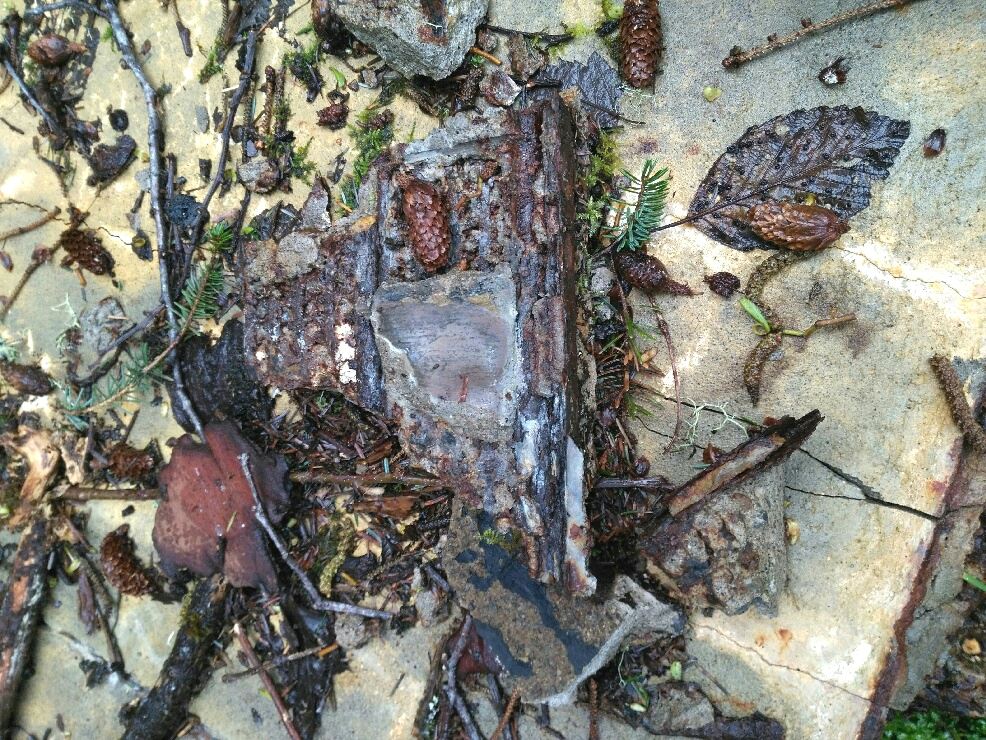 Over the hill from the battery is Dead Man's Cove, named for the men whose bodies washed ashore when their ships wrecked at the entrance to the Columbia River. The haunting, but exhilarating atmosphere of the Harvey Allen Battery repeats itself in this nearby cove. The solitary tree on the rock seems poised as if preparing to jump from the pinnacle of its tiny island foothold. 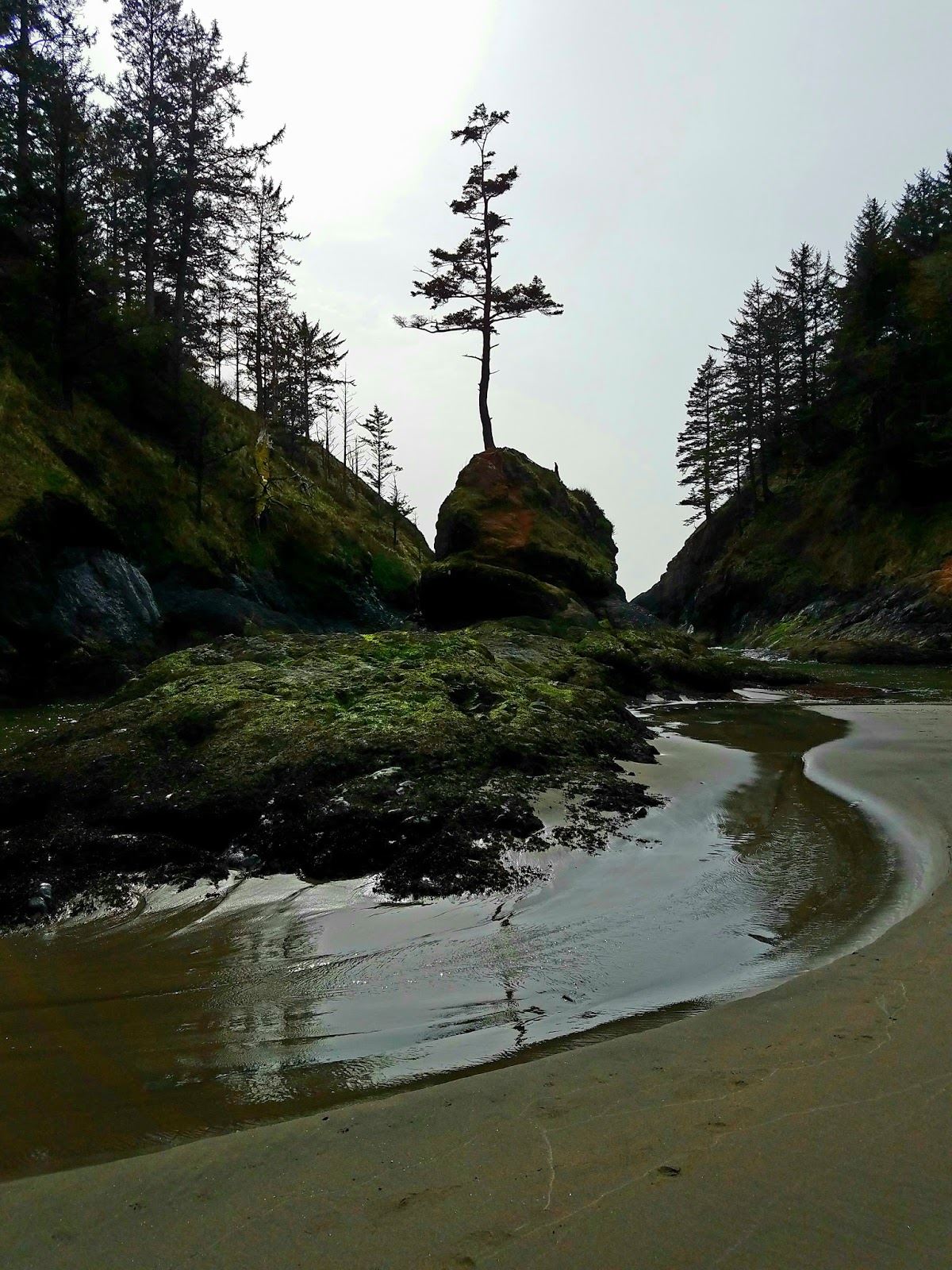 A short driving distance from the battery is the North Head Lighthouse. Its structures are being restored with the help from an organization called Keepers of the North Head Lighthouse. You can see the new whitewash on the tower and its freshly painted railings. Maybe these structures will not become the home of moss and rust. With luck, you will visit after a rainstorm and have the bounty of puddles and their reflections for inclusion in your photos. 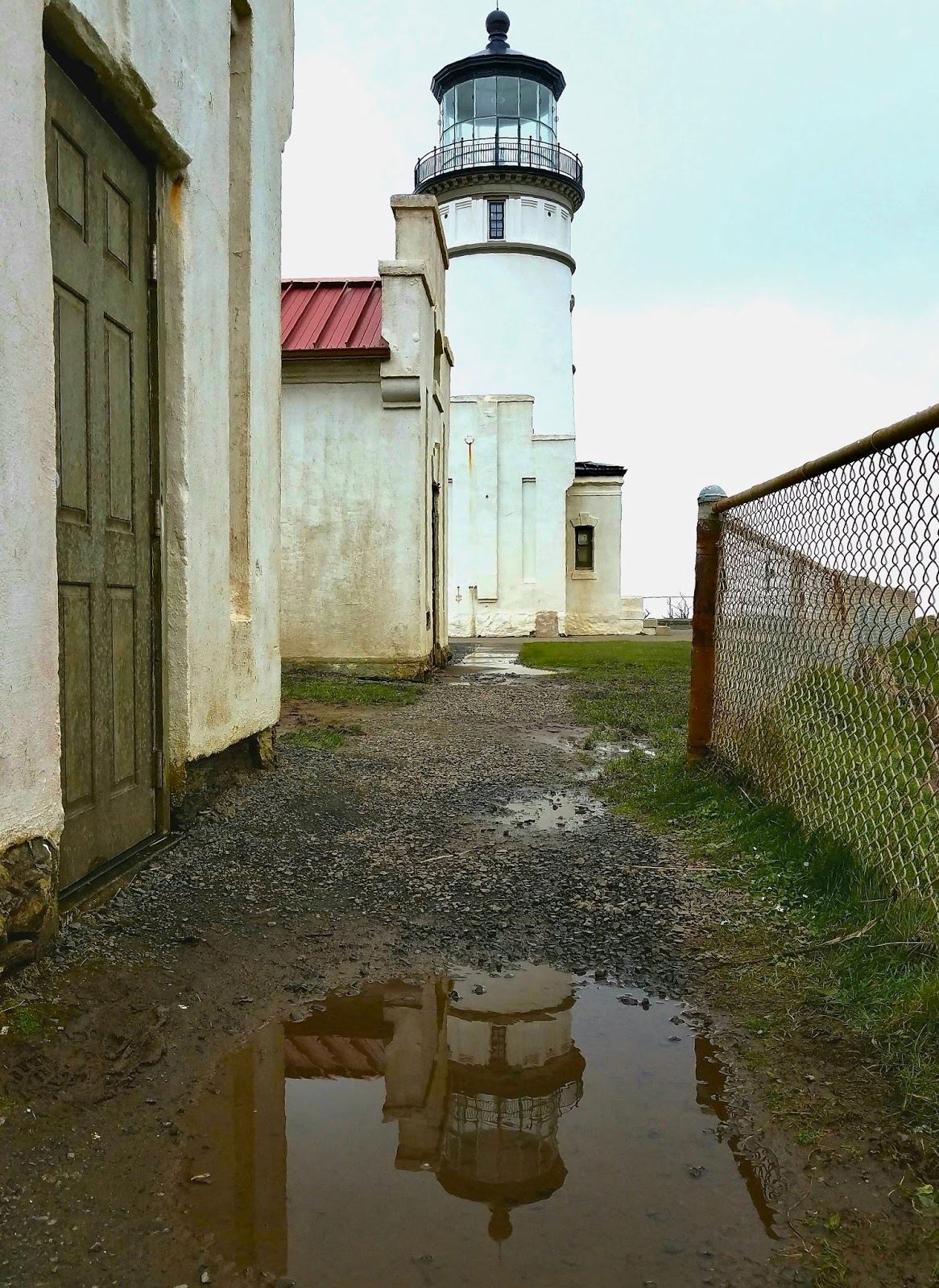 Visit. Do visit. Be prepared for a bombardment of images!

Like me in the photo below: wander, shoot and harm nothing! 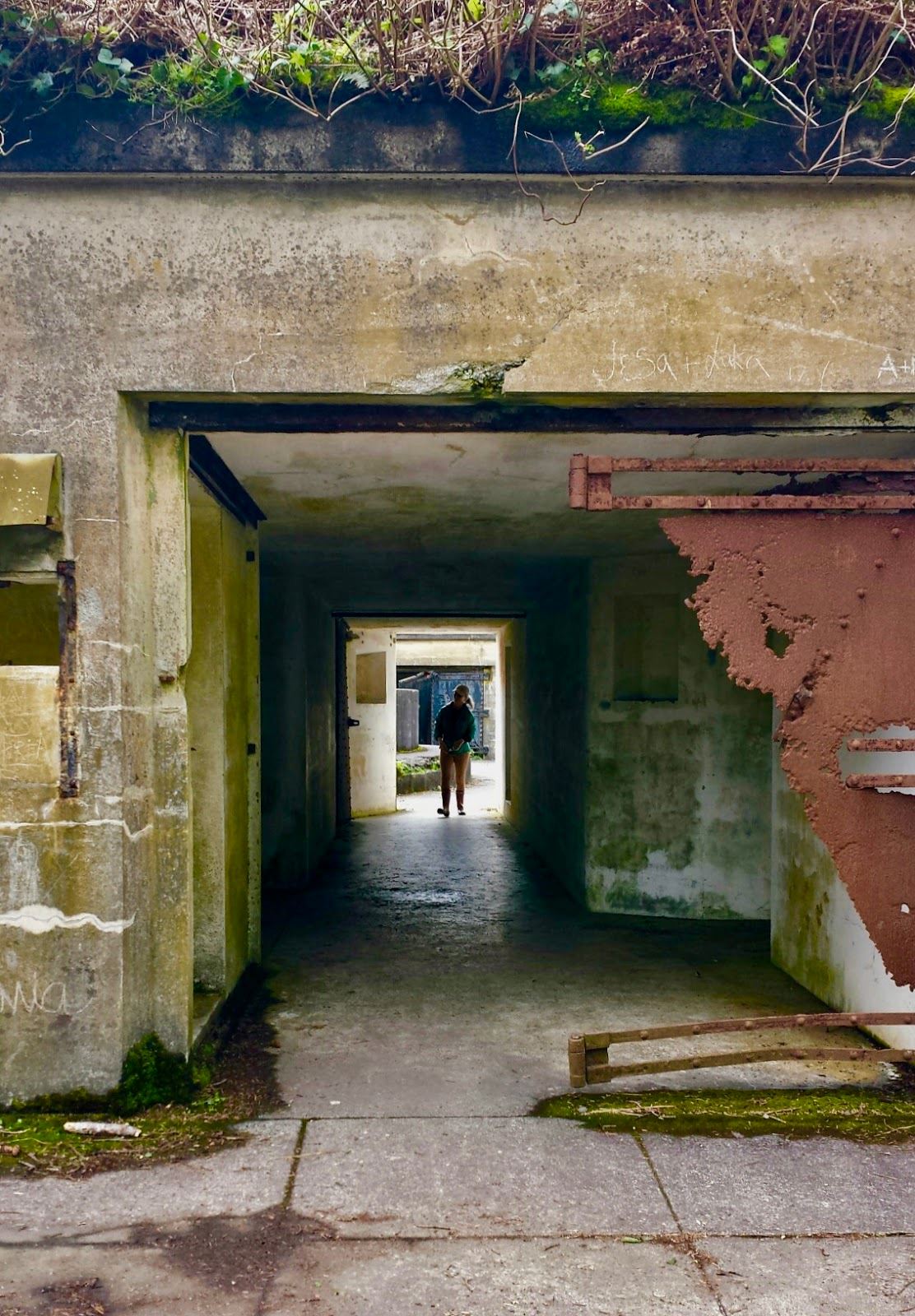 (This last photo gets a credit for Susan Dufroese)