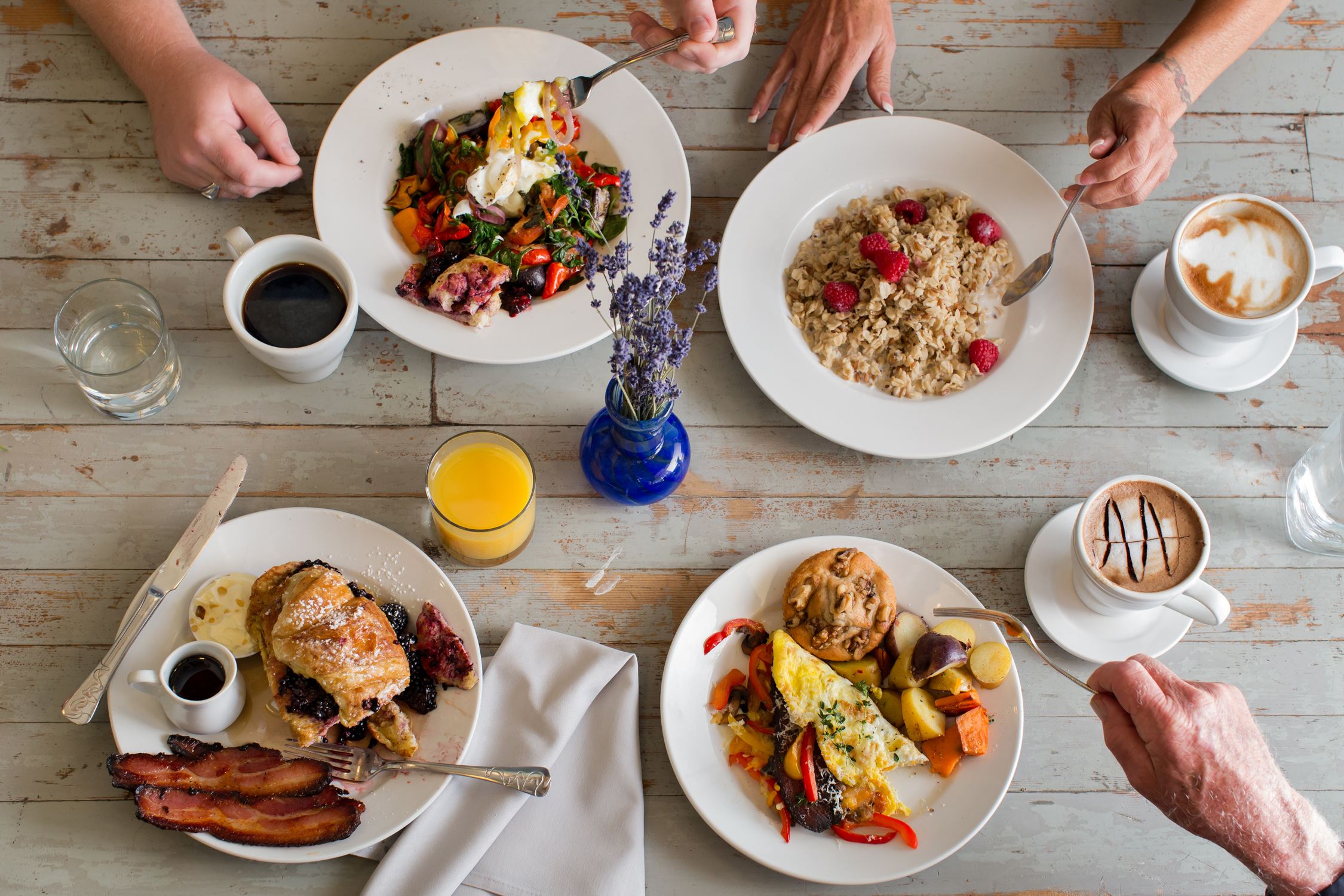 A luxurious breakfast, sourced from local farms, is in store at Reveille at the Commons, in Fort Worden Historical State Park

But, for those who would rather not cook on vacation, many parks are offering an increasing number of mouth-watering eateries and beer gardens. Others are close to cities and towns with plenty of dining options.

A growing number of “foodies” travel through Washington on the hunt for culinary delights. If that’s more your style, a few state parks have an exceptional pairing for you — fine locally sourced meals and a fascinating locale. 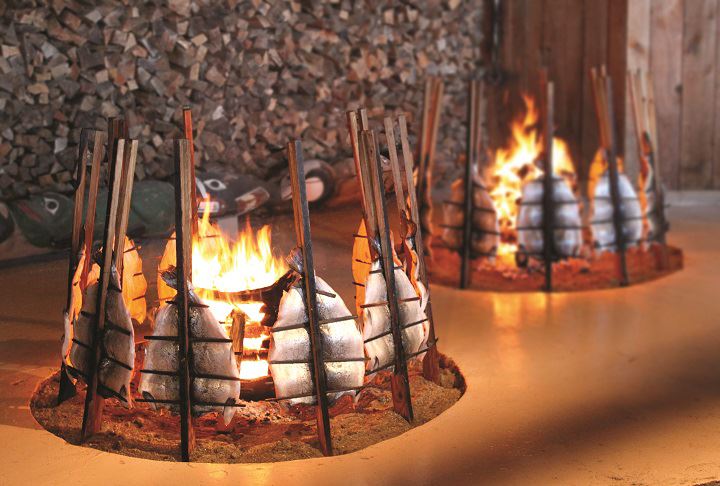 Can you hear the sizzle? The Tillicum Excursion to Blake Island Marine State Park features a traditional Native American meal complete with an intoxicating barbecue of alder fire-smoked fish.

You don’t need to travel far from Seattle to experience a Native American-style feast on a beautiful island.

Only a boat ride away, the Tillicum Excursion to Blake Island Marine State Park offers a multi-course meal, made up of traditionally prepared, alder fire-roasted fish with native grains, breads, root vegetables and a blackberry crisp for dessert. The excursion, available through local cruise company Argosy Cruises, includes a 45-minute sailing from Seattle, a Native American cultural performance and time to nose around the gift shop.

Looking to burn off that sumptuous lunch? Use your free time to hike to unbeatable views of Seattle to the east, Bainbridge Island to the north and Vashon Island to the south. 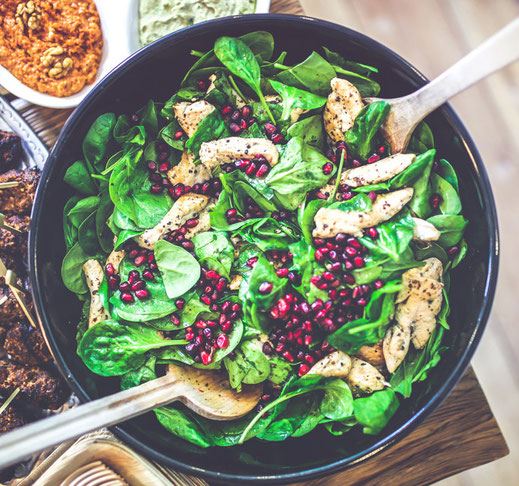 Why yes, it does taste as gorgeous as it looks! Scrumptious salads are among the locally sourced meals available at the Cama Beach Café.

Cama Beach Historical State Park takes you back to the 1930s, but the onsite Cama Beach Café has a hip, 21st-century approach to cuisine.

Locally sourced, farm-to-table delights comprise the breakfast and lunch menu, including gluten-free items. Choose from such modern dishes as vegetarian beet Reuben, or classic comfort foods such as biscuits and gravy.

The cafe sits atop a hill overlooking Saratoga Passage and the park’s double row of historic cabins. Outdoor seating is available in the summer, when the restaurant and coffee/pastry counter are open daily. (In winter, the Cama Beach Café is only open Friday through Sunday.)

The café hosts monthly Friday dinners, holiday feasts, ethnic-themed dinners and cooking or baking classes, so reserve your table and cabin for that special occasion, celebration or weekend away. The Cama Beach Café also partners with the park and local groups to serve delicious light appetizers at evening concerts and dances. 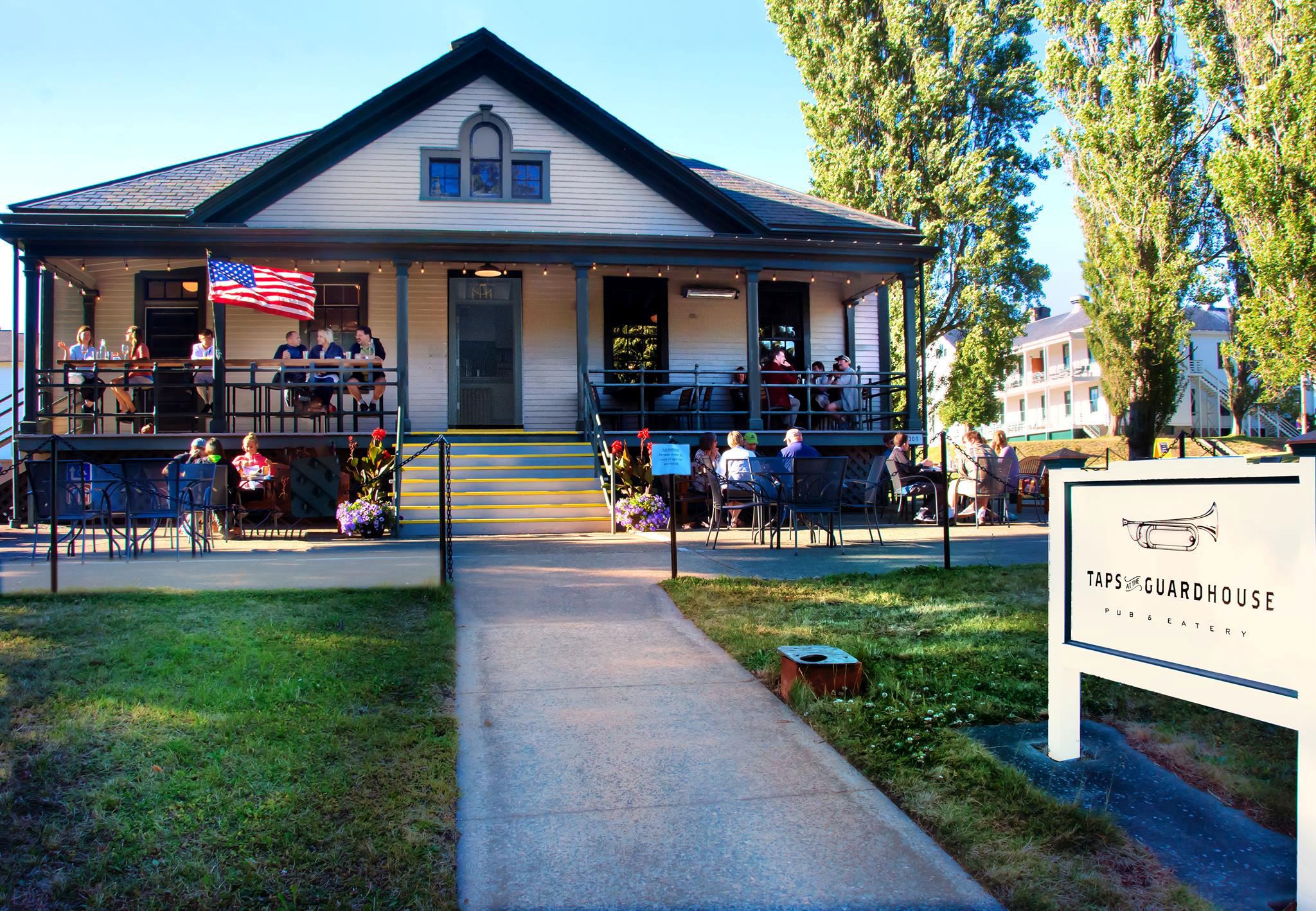 At ease! Enjoy lighter pub eats indoors — or on the patio — at Taps at the Guardhouse, Fort Worden’s former jail.

Reveille at the Commons serves breakfast and lunch daily and Sunday brunch. Dinner is served Thursday through Saturday and features five-course meals paired with wines from nearby wineries. The chefs use area farms and take pride in offering seasonal dishes such as pumpkin waffles, salmon hash and Hood Canal oysters.

For small plates and pub grub, make for Taps at the Guard House in the fort’s former jail. The pub is open weeknights and weekends, and hosts events that pair local spirits with light eats.

The Cablehouse beachside snack shack opens in summer and serves grass-fed beef burgers from neighboring Short’s Family Farm. The historic 1910 building was once a storage facility for the electrical cables used to control underwater mines. 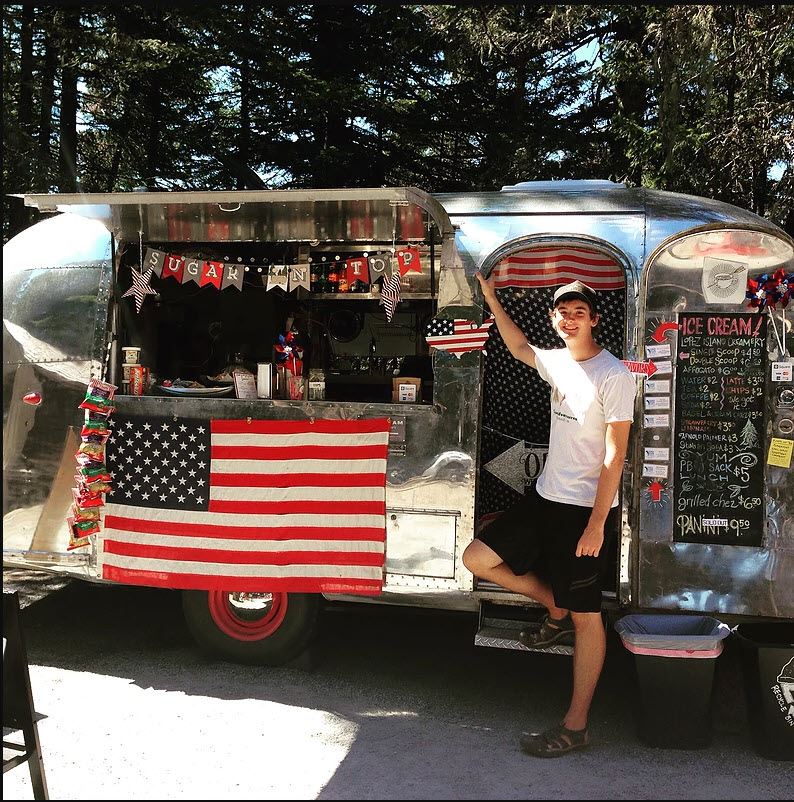 What could be better after a paddle, swim or bike ride than ice cream?!

The Sugar Shack at Cascade Lake and its satellite Sugar on Top (in an Airstream trailer at Mount Constitution) are open in summer and feature delectable ice cream at Moran State Park.

Anacortes-based Lopez Island Creamery supplies the ice cream stands owned by Orcas Adventures. The creamery gets its cream from a dairy farm 30 miles away, and the ice cream is made with strawberries and blueberries from Skagit Valley and Bow Hill. Don’t miss the homemade ice cream sandwiches!

Are you dairy-free? You will appreciate the stands’ strawberry push-up pops. Made with Orcas Island strawberries, these icy delights are a hit on summer afternoons.

Do you have a favorite place to eat in or near a Washington State Park?
Share your story!

Thanks to our awesome state parks concessionaires for sharing these amazing photographs of their wares!