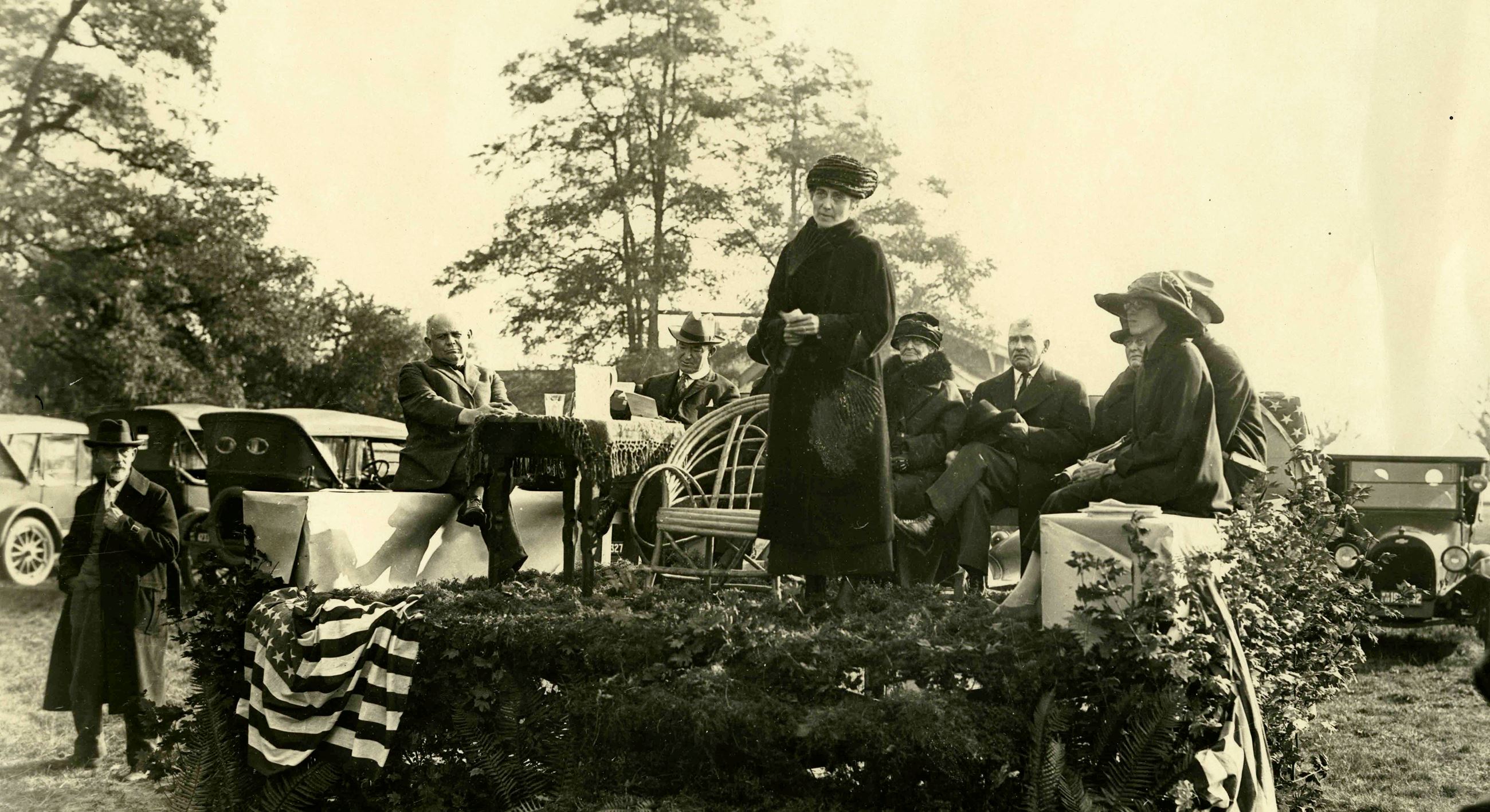 Did you know that several Washington state parks owe their foundation to the forward-thinking women of the progressive era women’s clubs formed between the 1890s to the 1920s?

March is Women’s History Month, and this year’s theme is Valiant Women of the Vote, honoring the suffragettes who fought for and won the right for women to vote a century ago. In the same era suffragettes were marching for the 19th Amendment, civic-minded advocacy in the form of women’s clubs mushroomed. Here in Washington, women’s club efforts benefitted many causes including education, politics and environmental conservation.

Interested in diving into the rich history of these three spectacular parks and the women who founded them? Read on, and start planning your visit today! 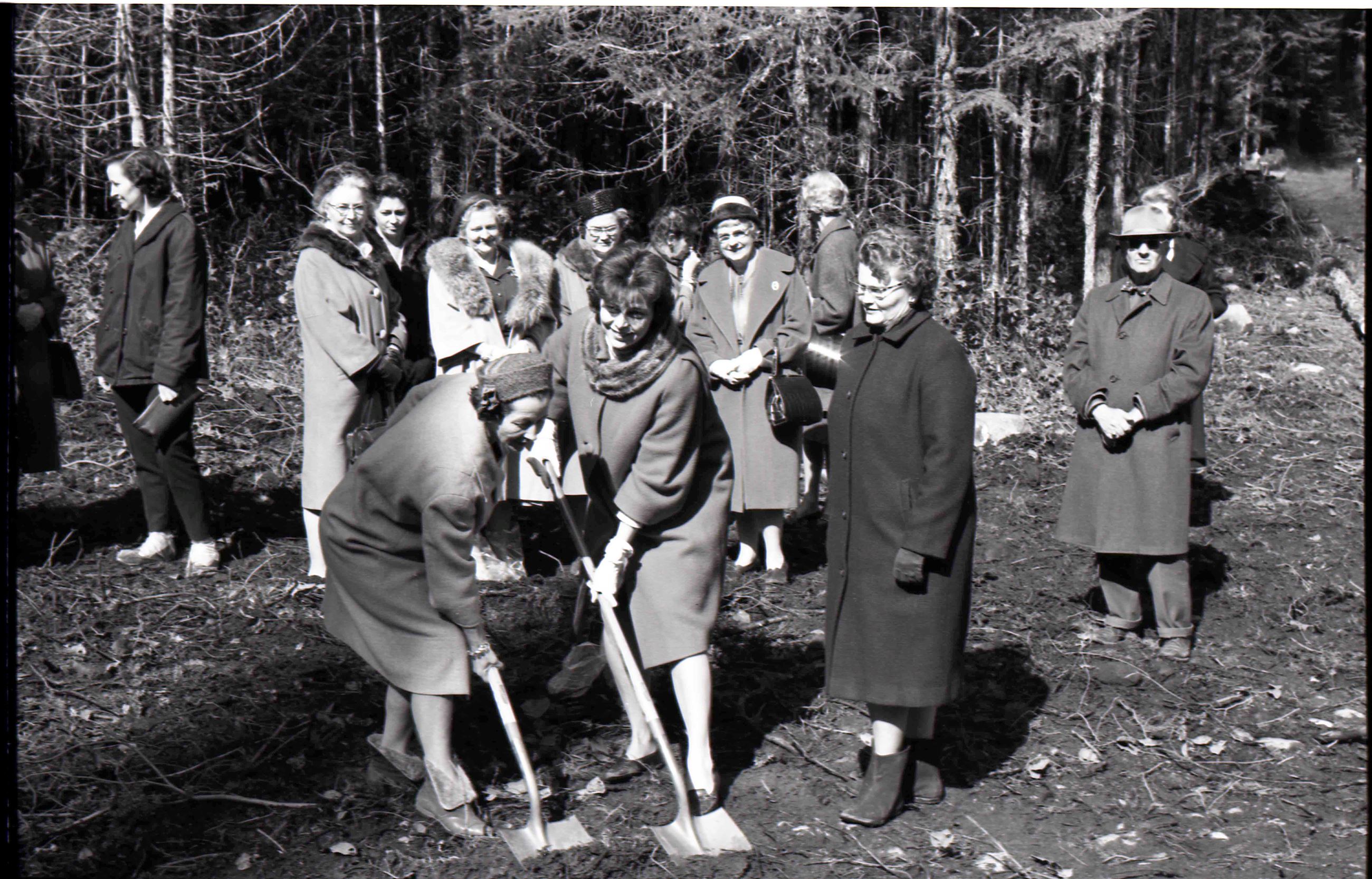 At Federation Forest State Park you’ll find a unique lens not only into Washington’s ancient ecosystems, but 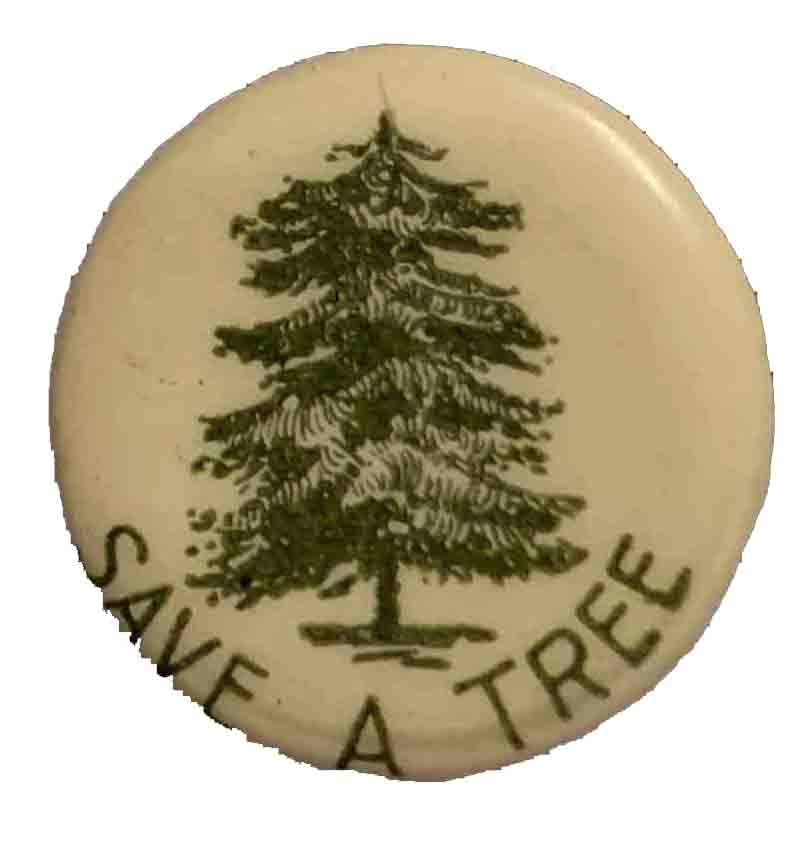 the pioneering progressives who helped to preserve them.

In the mid 1920s, Jean Caithness Greenlees grew concerned that Washington’s booming logging industry would soon claim all the old-growth tree stands. An Everett High School teacher, Greenlees feared the rapid deforestation would leave no trace of a place for future generations to experience.

Greenlees engaged the help of Esther Maltby, president of the Washington State Federation of Women’s Clubs, now known as the Washington State chapter of the General Federation of Women’s Clubs (GFWC-WS). The organization launched its “Save a Tree” campaign in 1926, selling pins for $1, and collecting donations. Some of the top contributors were among the progressive-era’s greatest luminaries, such as Stephen Mather, founder and first director of the National Park Service. In just two years they raised $25,000 for a stand near Snoqualmie Pass.

The original park was dedicated in 1934, but it was irreparably damaged in a windstorm four years later. In 1949, a stand near the White River was chosen and dedicated, and the park had its permanent home.

Image of the pin the GFWC-WS women sold to raise money for Federation Forest courtesy of Washington State Parks Collections. 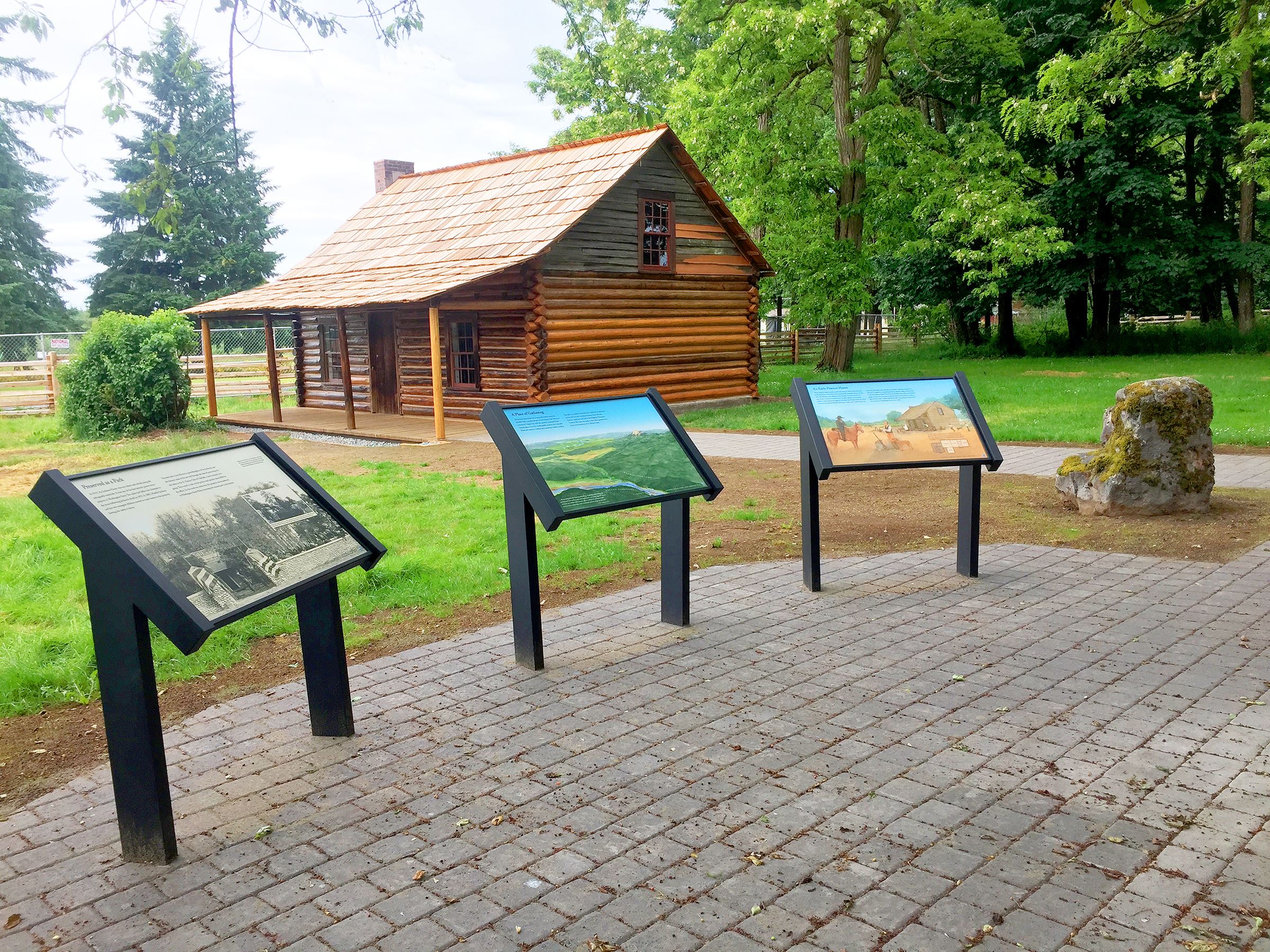 In 1850, when John R. Jackson built a small cabin to house his new family near Chehalis, he likely couldn’t predict how important his contribution to history would be. But today, the Jackson House stands not only as a piece of living history, but a testament to the strength of the pioneers and the foresight of progressive era women who preserved it to benefit future generations.

Located on the Cowlitz Trail, an important north-south route between Oregon City and Puget Sound, Jackson’s cabin was renovated with more buildings added over time. By turns it was used as a post office, courthouse, bar and hotel. Having a stopping place on the trail served an important role on this popular route. Jackson himself served as a local lawman and it was at his cabin settlers met in 1852 to propose that Washington enter statehood.

When the property fell into disrepair years after Jackson’s death, Anna Koontz, a granddaughter of John and his wife Matilda, began an effort to preserve it in 1914. A member of the St. Helens Club of Chehalis — which is still active today — Koontz worked with other club members, raising the $500 needed for repairs. In 1915, the site became Washington’s second state park.

State Parks has recently restored Jackson’s cabin and added pathways and outdoor exhibits that are accessible for people with disabilities at the site. Located just off US Highway 12, the park is a great place to stop for a picnic underneath the shade of several historic apple trees. Group tours of the Jackson House are available year-round by calling (360) 864-2643. 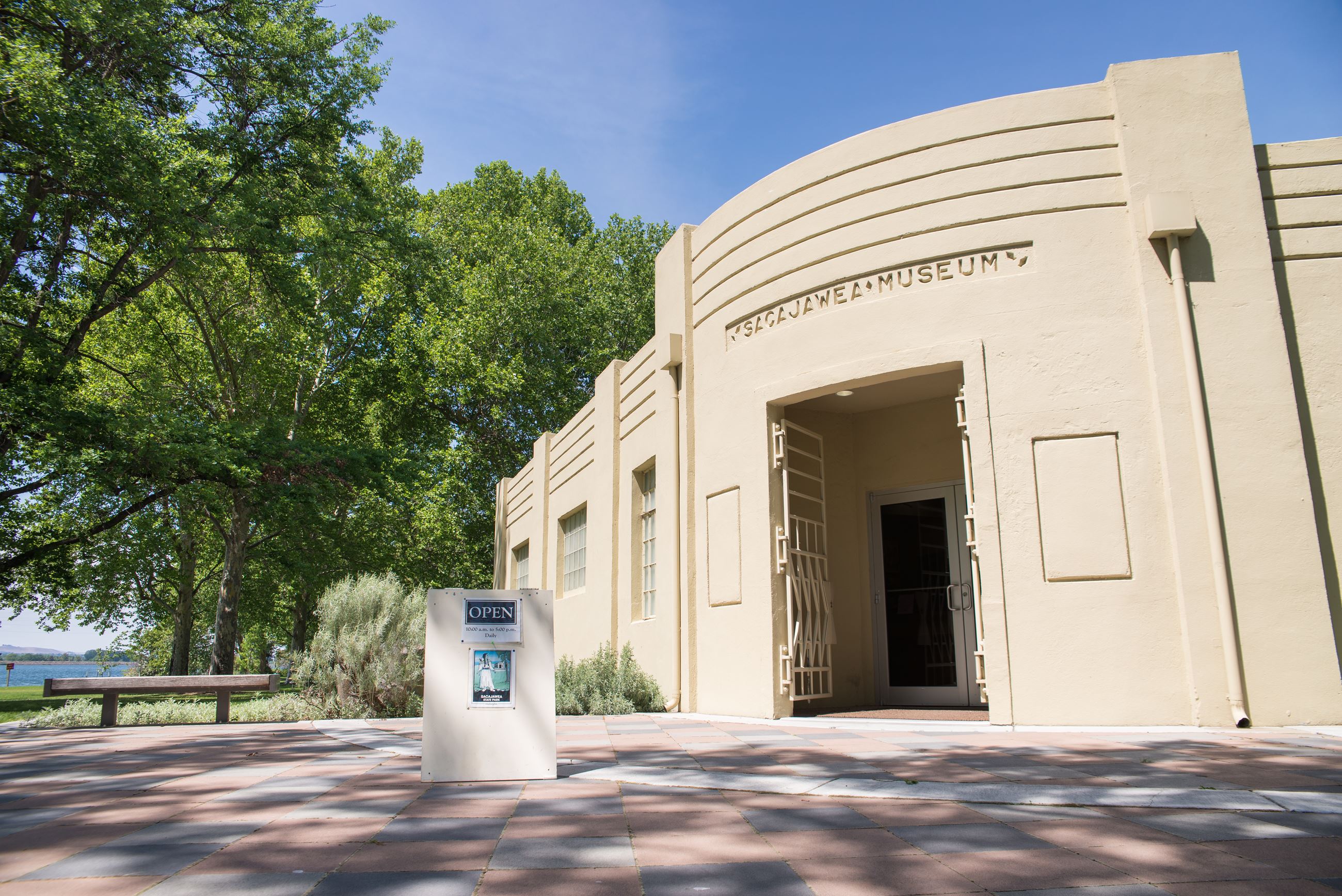 Sacajawea Historical State Park is a great place to explore and reflect on the contributions of many remarkable women.

Sacajawea Historical State Park was originally tapped as a place to preserve and commemorate the 1805 arrival of the men of the Corps of Discovery Expedition at the confluence of the Columbia and Snake Rivers.

But this park’s founders chose to honor a woman in its name: Sacagawea, the Agaiduka Shoshoni Indian woman who served alongside the men.

In 1927 the Daughters of the Pioneers of Washington recognized the historic significance of this small corner of land. Not only did it serve as a landing place on the Expedition’s journey, but it was a place of cultural and environmental significance dating back for centuries. In that year, an acre of land was donated to the Daughters to preserve the campsite. The women planted trees and cared for the land until it became a state park in 1931.

Since then, other significant historic upgrades have been added, including the Sacajawea Interpretive Center, built by the Works Progress Administration and an installation by famed American artist and architect, Maya Lin. The interpretive center is open 10 a.m. to 5 p.m. Wednesday through Sunday.

NOTE: The name of the park retains the spelling with a ‘j’ rather than a ‘g,’ as it has been known that way for many decades. 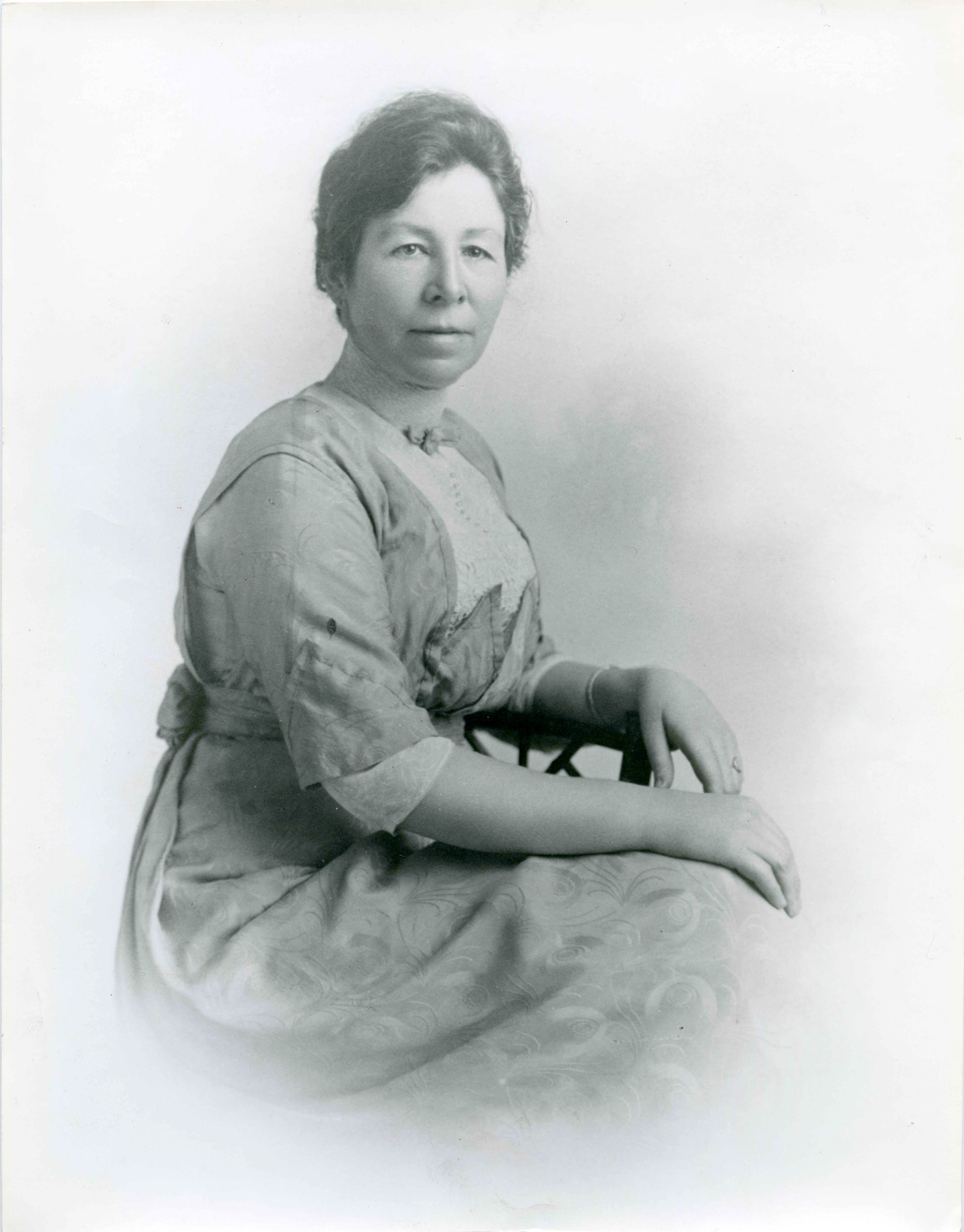 Many parks across our nation owe a debt of gratitude to courageous women.
Learn more today!

Do you have a story from your personal history with Washington state parks?
Tell us about it and share your photos on our Story Share page!