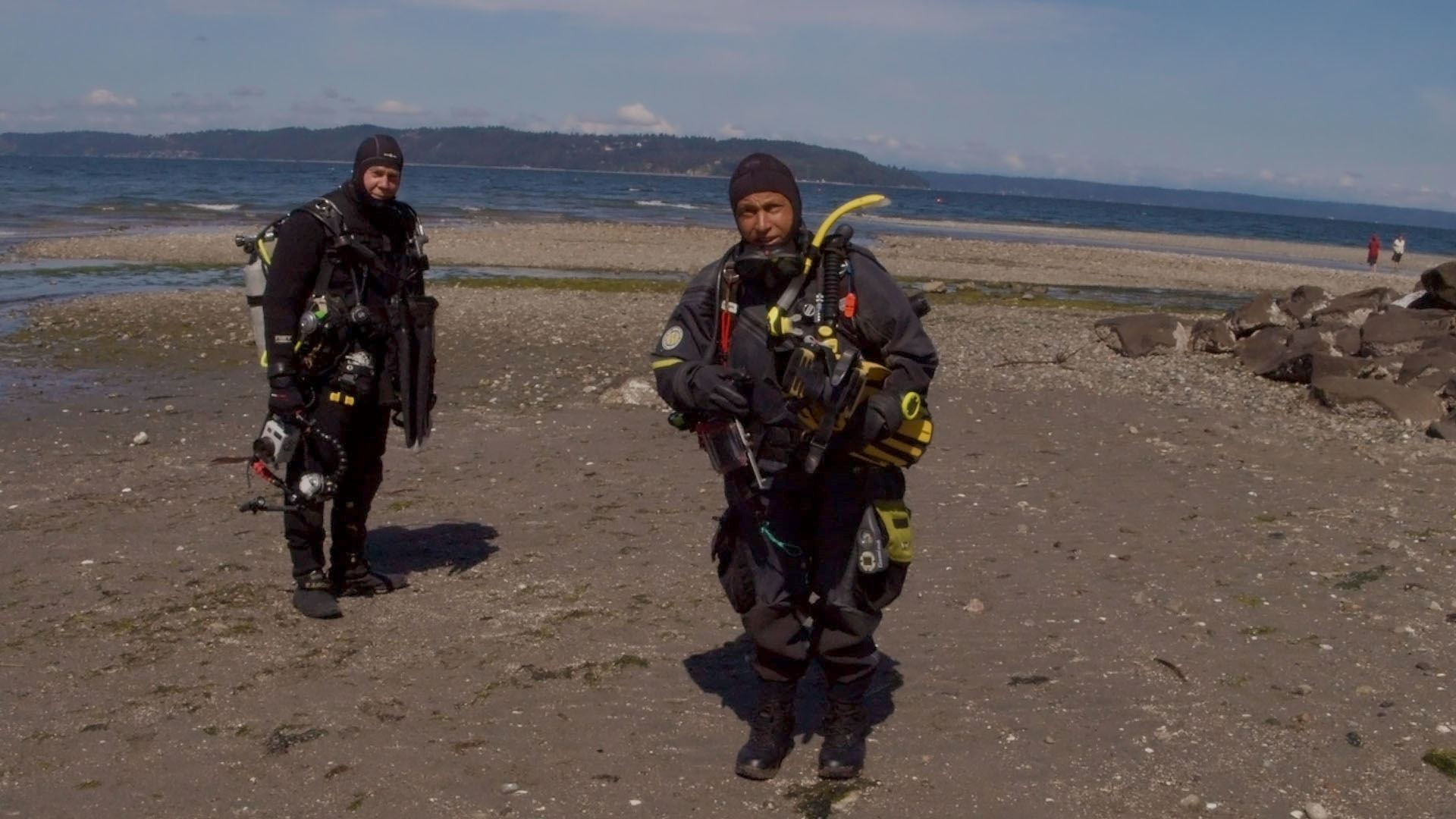 Our heartiest congratulations and thanks to our dedicated volunteers and special thanks to Jessica Norton, our hard-working Washington State Parks Volunteer Program Coordinator, who compiled this blog.

Throughout the year, Washington State Parks volunteers put on their green vests and give their all to the public lands they love. 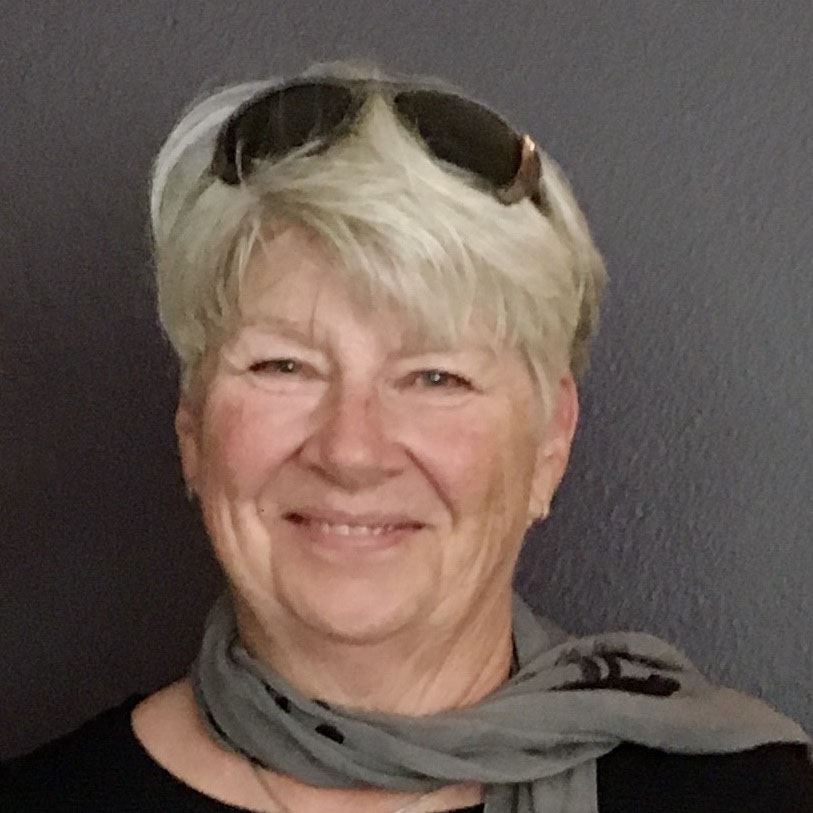 Volunteer of the Year

Carol is a board member of the Deception Pass Park Foundation and active volunteer devoting more than 400 hours in 2020 to multiple park projects. Under Carol’s guidance, the park’s camp store moved outdoors to meet all COVID safety requirements.

“Carol has shown how much state parks can mean to an individual and how much that individual is willing to give to show their appreciation.” – Ranger Nathan Anderson

Host of the Year

Lynn is a dedicated park host contributing more than 8,700 hours of service since 2010. As one of our most experienced hosts, Lynn has become a liked and respected member of the Cape Disappointment team. You’ll often find her walking the camp loops and interacting with visitors, and she knows many of the repeat visitors by name. Campers notice this personal touch, and they regularly sing her praises.

“Lynn is a compassionate volunteer who embodies the agency’s values and works tirelessly to achieve the ideal visitor experience.” – Ranger Kevin Slease 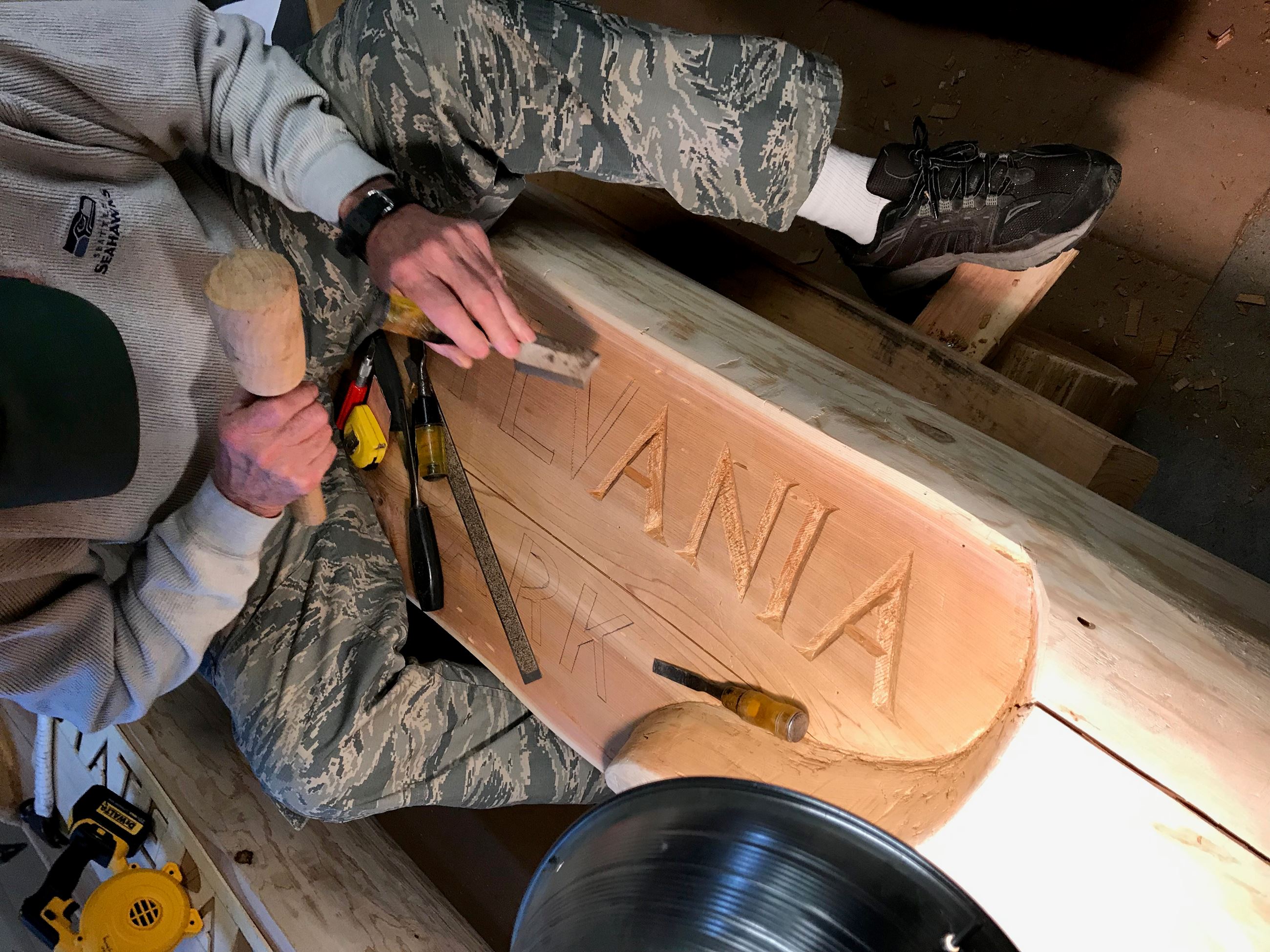 Ron Young (above) received an honorable mention for his volunteer efforts, including creating a new sign for Millersylvania State Park

Rookie Hosts of the Year

Peter and Dawn began hosting in 2020 and adapted to ever-evolving COVID procedures with creativity and ease. During their stay, they developed an innovative system for campers to get firewood by installing a Bluetooth doorbell on the woodshed so that campers could stay socially distanced from the hosts. In addition, as Rasar State Park experienced record attendance, they stepped up to assist park staff with traffic and parking control and spent time each morning picking up trash in the day use area.

“Peter and Dawn were self-motivated and performed the tasks of campground hosts flawlessly and went above and beyond numerous times.” – Ranger Devin McCoy 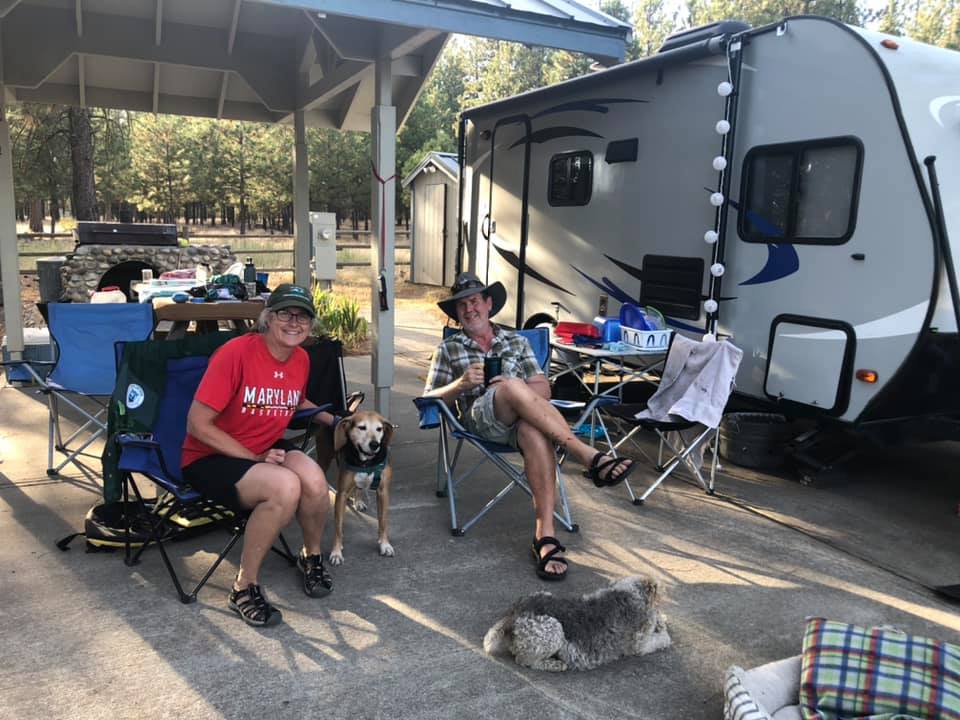 Barbara Stuebing and Robert Cameron (and faithful pups) (above) received an honorable mention for their camp hosting volunteerism at Riverside State Park.

Volunteer Group of the Year

The Cama Beach Foundation (CBF) was instrumental in helping to continue children’s activities and educational opportunities at Cama Beach during the pandemic. The CBF helped staff create an activities/education station for visitors that included daily take-and-make crafts, park bingo cards and nature guides. They also helped install the CamaCam, which provides an online and real-time view of the beach, Saratoga Passage, Whidbey Island and sunsets. As the agency has moved to online programming, CBF also funded new equipment and an iPad for filming.

“With COVID and a new interpreter, CBF has done an amazing job of continuing their education mission at Cama Beach.” – Area Manager Jeff Wheeler 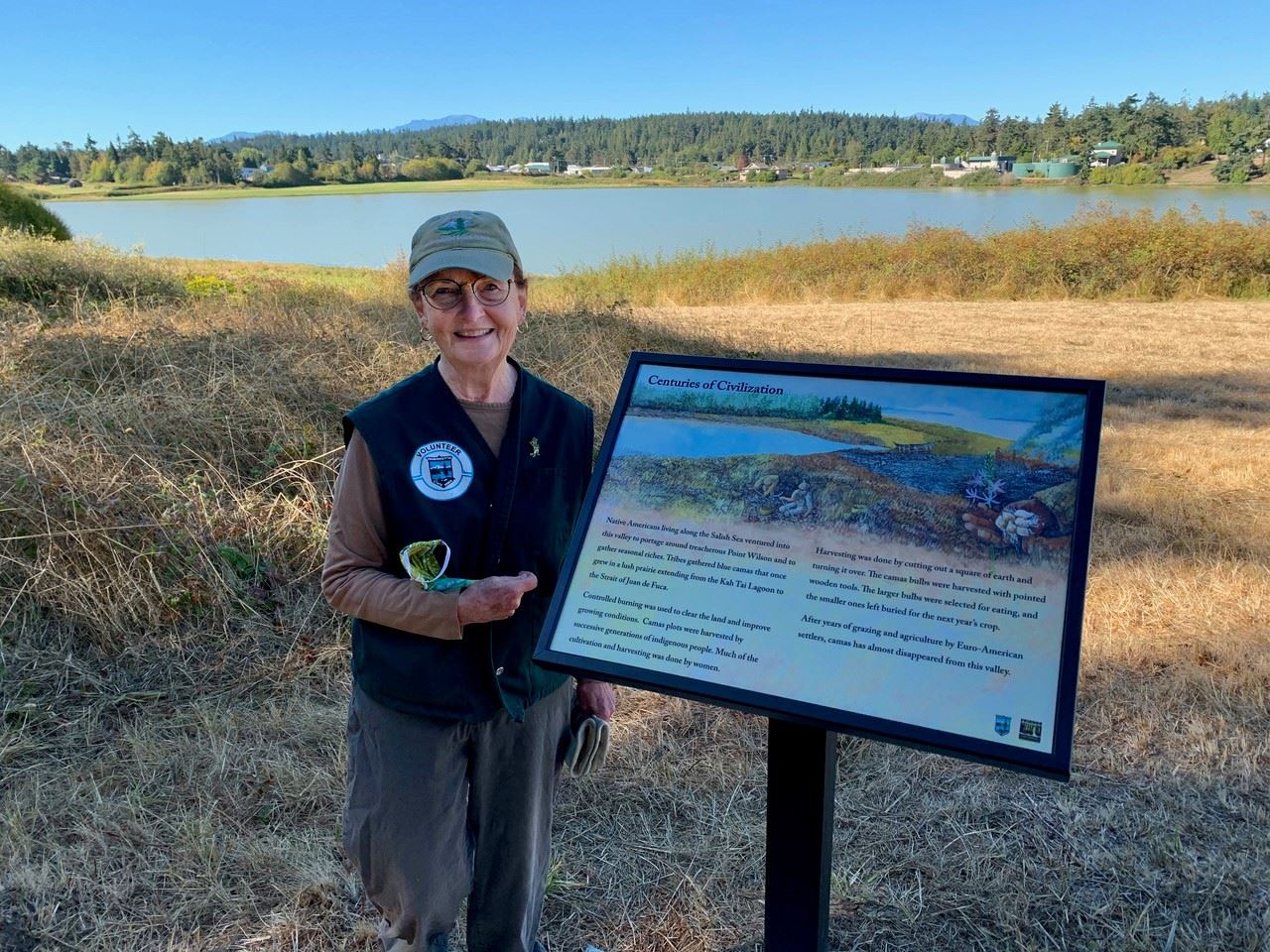 Suzanne "Zan" Manning (above) spearheaded a project that resulted in a new interpretive trail at Fort Worden!

Outstanding Contribution by a Volunteer

After three years, the project finally became a reality in 2020. It’s a great addition to the trail system at the park and helps answer the question, “Where are the gardens at Chinese Gardens?” 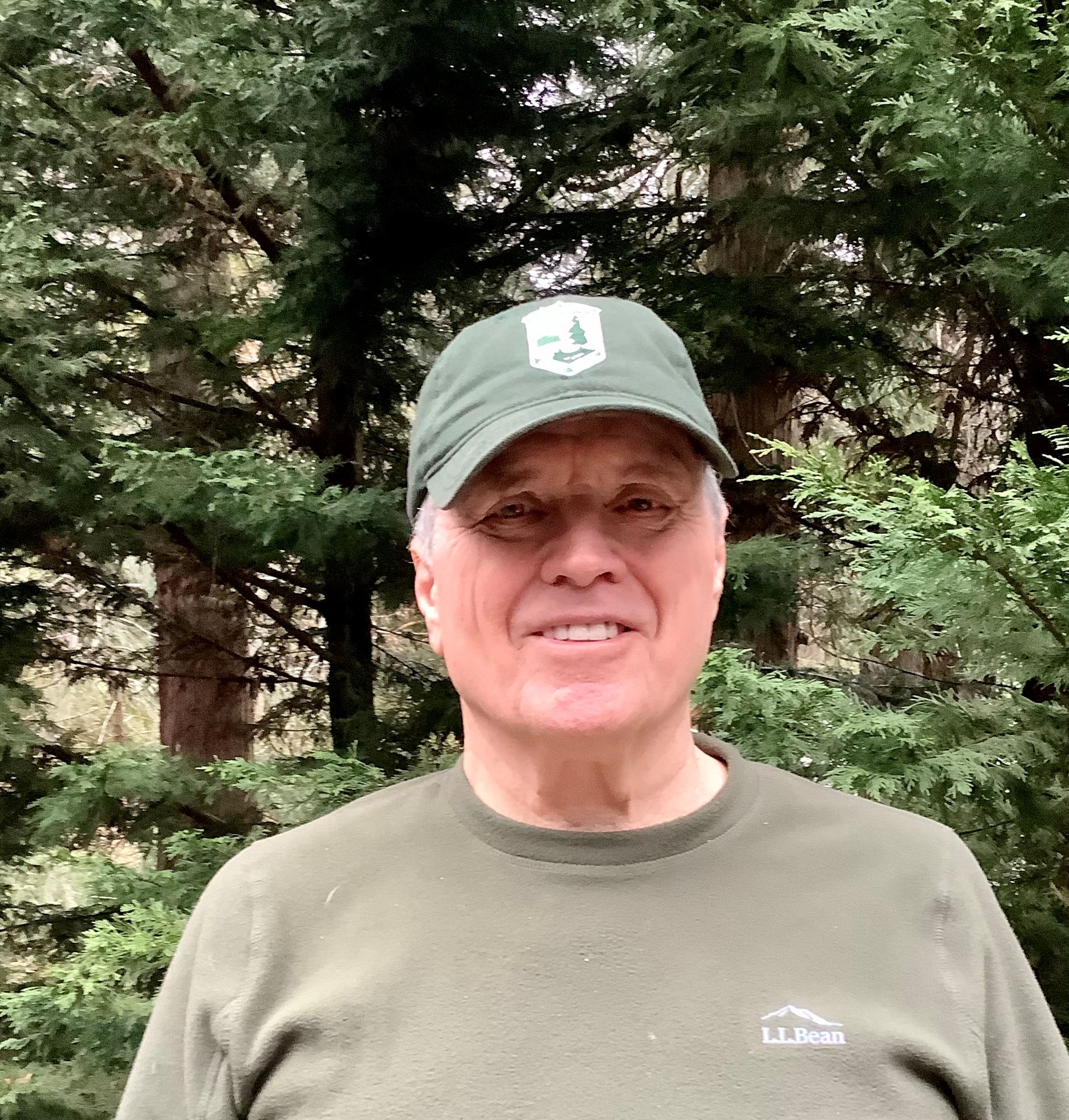 James first started as a trail maintenance volunteer in July 2020 and single-handedly cleared the one-mile trail on McMicken Island so that it was accessible and open to the public. McMicken Island is only accessible by boat or on foot, and for three months during summer low tides,

James hiked two miles to the island with his own tools and two miles back to complete his duties. On days that he wasn’t able to hike to the island, he focused on clearing vegetation along the trails at Harstine Island State Park.

Outstanding Contribution by a Group 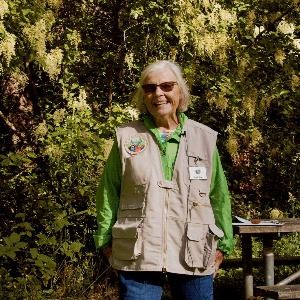 The Friends of Saltwater State Park collaborated with State Parks’ Folk and Traditional Arts Program to produce an episode for a virtual, live-streamed Sundae Sermon series between July and August 2020.

Photos: Janice Mathison (at right) and Nadine Byers (below, left) 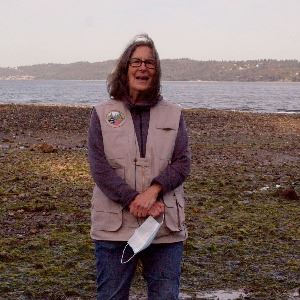 Greg rescued a park visitor’s dog while he was volunteering as a marine park host. Greg saw that a dog had fallen overboard and was hanging by its leash between the boat and dock. Greg quickly jumped off his boat, ran across the dock and pulled it out of the water. The dog was wet, tired and scared but survived, thanks to Greg’s quick thinking and actions.

Kyle responded to a medical emergency while he was volunteering as a park host. As he was returning from a walk, Kyle found a person unconscious in the roadway and called for emergency medical assistance. Kyle used his experience as an EMT and firefighter to assess the situation, keep the person calm and relay the possible injuries to the paramedics when they arrived. 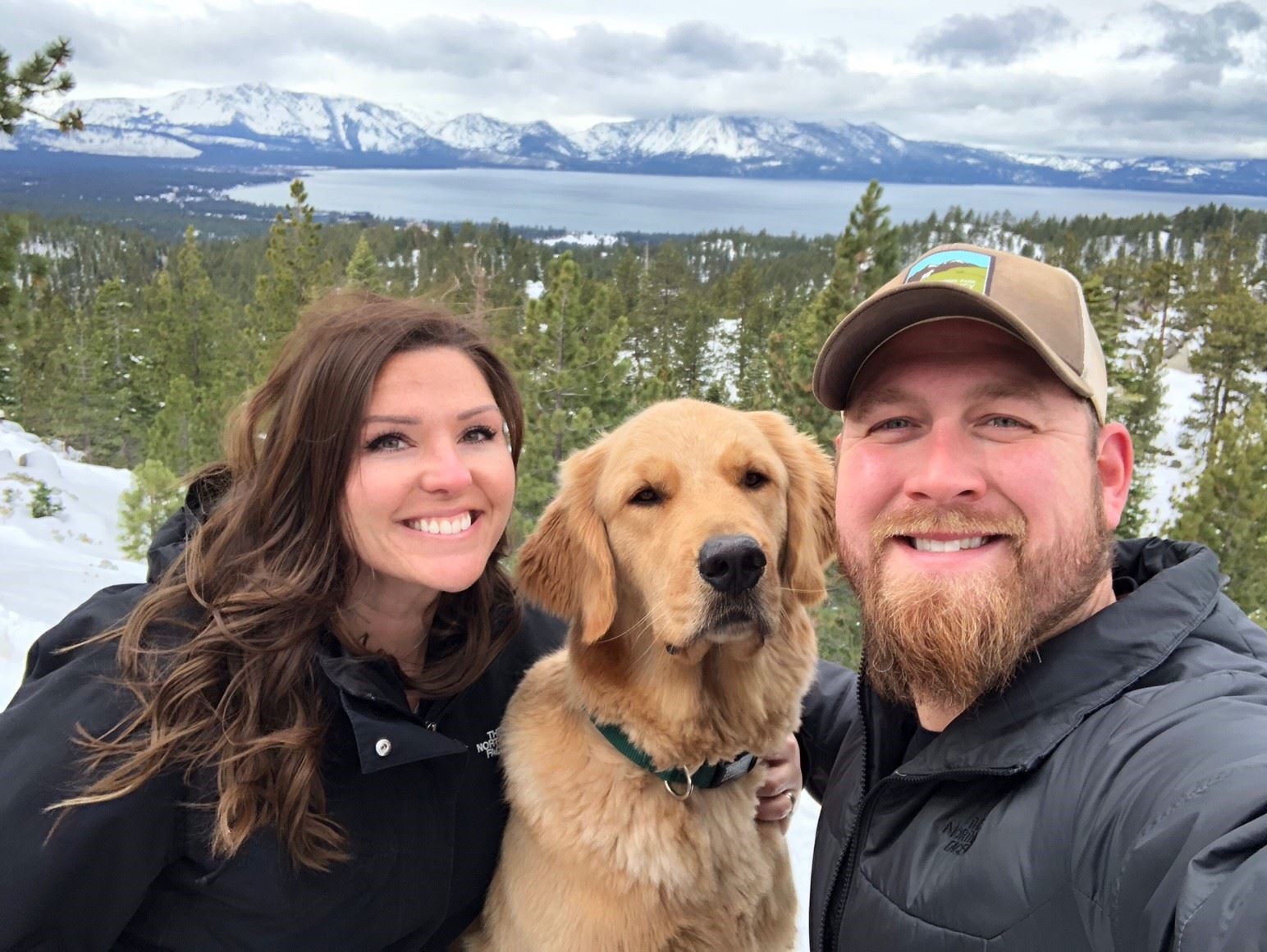 As a Friends of Fort Worden board member, Bill championed the restoration of the original guard shack that historically stood at the gates of Fort Worden since the late 1800s.

Working with State Parks’ Area Manager and Historic Preservation Officer, he helped with the project that included removing old wood, paint and electrical wiring and replacing them with new materials consistent with the original look. The restored guard shack now has a new home in the park at the corner of Fort Worden Way and Eisenhauer Way and serves as a link to Fort Worden’s rich historical past. 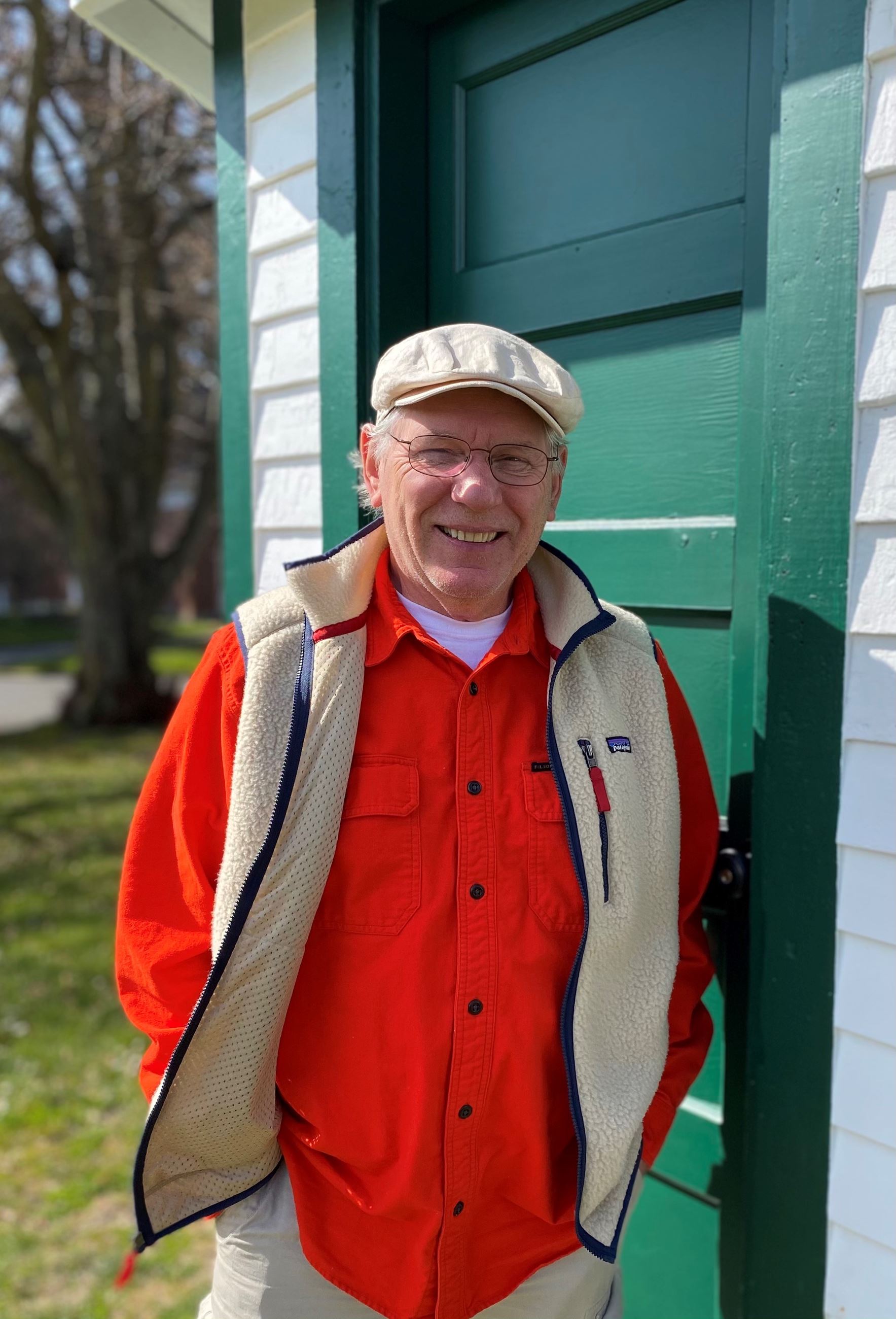 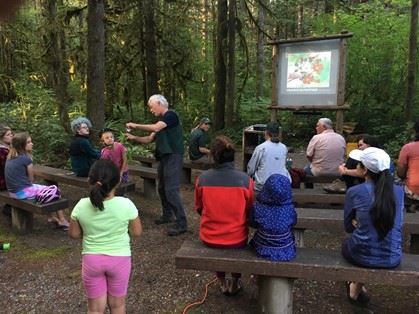 Mike has been volunteering with State Parks’ Stewardship Program since 2019 to assess and map non-native, invasive plant infestations in state parks. He has dedicated many hours to removing noxious weeds and educating park staff and visitors.

Mike was an especially popular presenter at Rasar’s Saturday evening “Campfire Talks,” giving hands-on presentations enhanced with a slideshow to inform campers about how to identify non-native, invasive plants and how they can affect a native ecosystem. 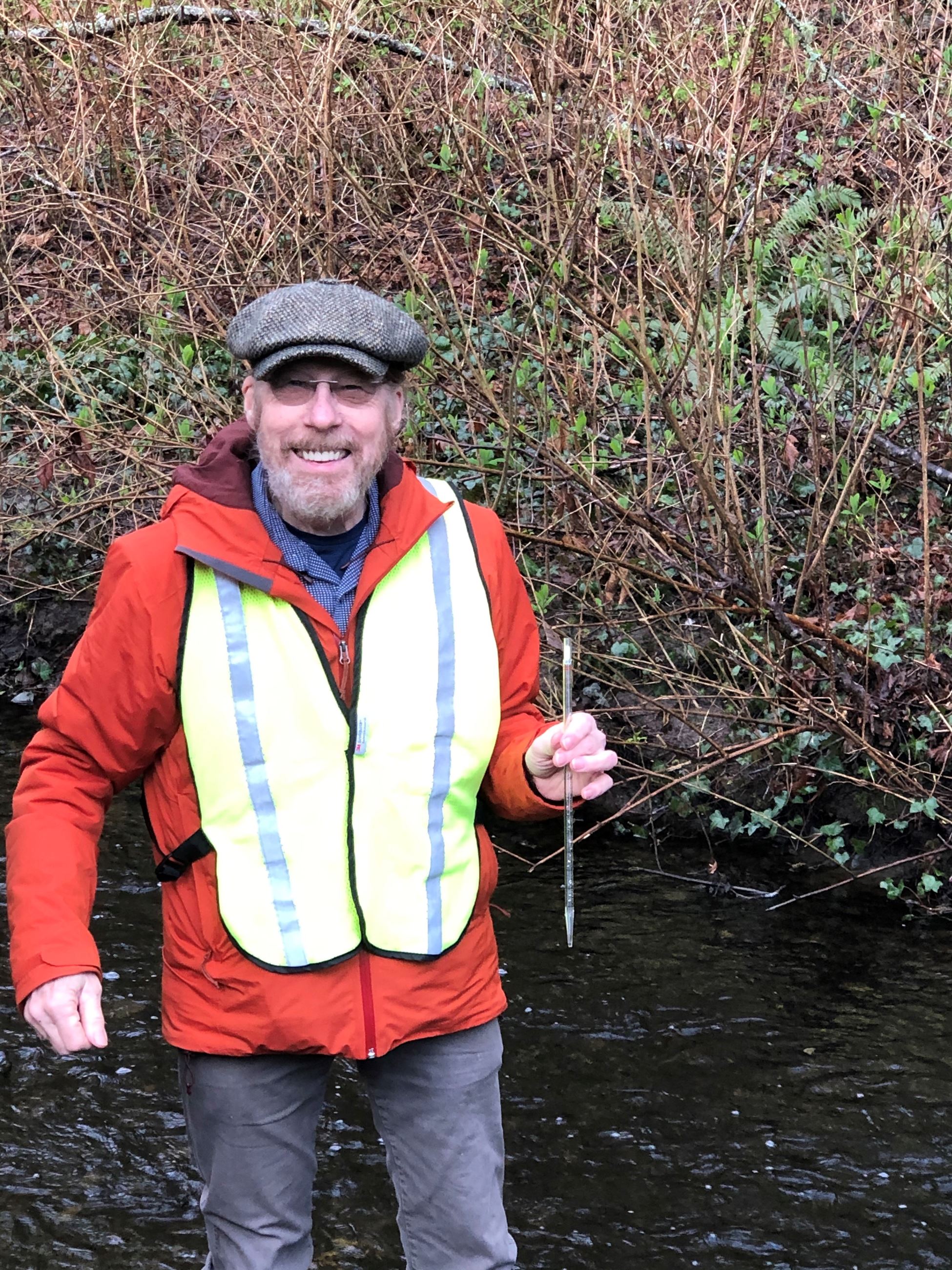 Robert, a member of the Friends of Saltwater State Park, was instrumental in helping monitor water quality at McSorley Creek after a sewage spill occurred upstream from the park.

Robert’s expertise from a career in wastewater management was a valuable resource. The day after the spill, Robert was at the park taking water quality samples.

His quick response and continued commitment to monitoring is providing data that is being used to inform management decisions.

Special thanks also go out to the following Certificate of Appreciation recipients: 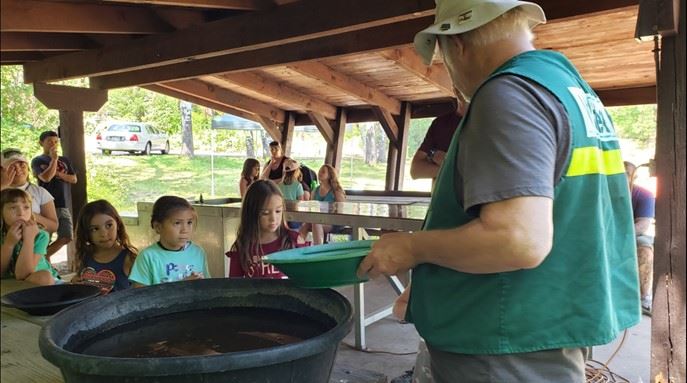