Celebrating on the Centennial Trail 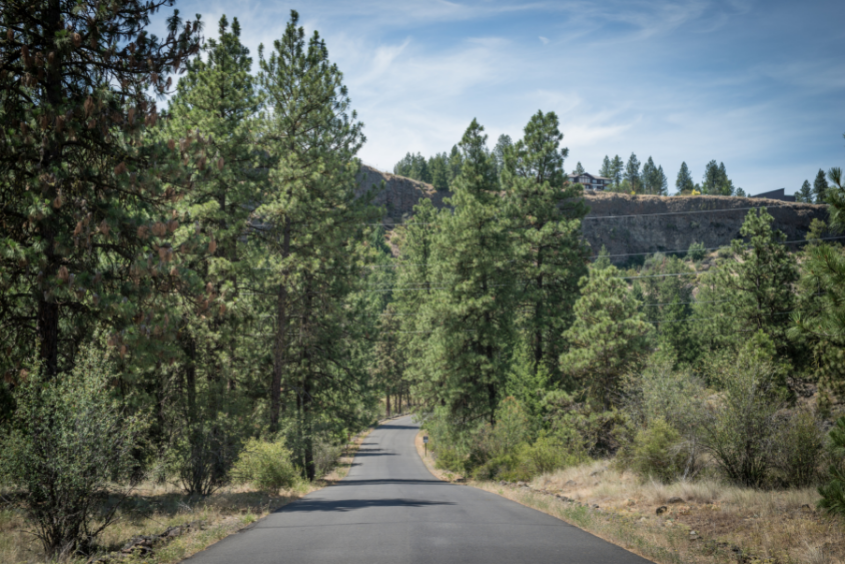 Biking 50+ miles for my 52nd birthday

My exploration of the Spokane River Centennial Trail State Park in the Spokane Valley area began on my 52nd birthday with my friend. It was Labor Day weekend and we decided to pre-function with a walk before heading to downtown Spokane to catch an art exhibit.

My friend lives near the trail and I reside about 2 1/2 hours south in Lewiston, Idaho. She picked the route, giving me the gift of sharing one of her favorite places. We started at Mirabeau Point Park, passing a man-made waterfall that could have easily passed for the real thing where turtles were sunning themselves. I was already impressed.

But we were only getting started. The scenery went from good to great as we headed upstream along the Spokane River, encountering a handful of pedestrians and bicyclists. Flanked by evergreen trees, the river has retained its wild character on this section of the trail.

The crystal clear water forms eddies and rapids as its flows over giant boulders in shades of white, ebony, slate and pewter. I was so mesmerized that I was stunned when my friend pointed out the Spokane Valley Mall to our right. I thought of all the times I had shopped there, never realizing how close I was to such an obvious, but hidden, natural gem.

We had to turn back long before I wanted so we wouldn't miss our reservation at the museum, but I was already scheming. My instinct was the trail had even more to offer. 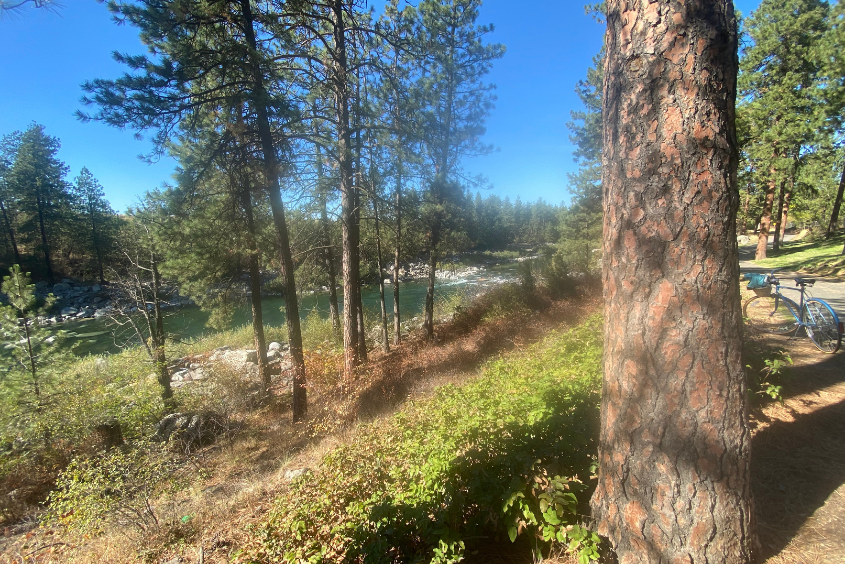 The Spokane River flows near the Centennial Trail in Spokane County on a recent fall day. The gentle terrain of this section of the route lends itself to a wide variety of recreation like bicycling and walking. The Elaine's Schwinn Suburban bicycle can be seen on the right side of the picture.

A couple weeks later, I texted my friend. Would she be up for lunch at Twigs Bistro and Martini Bar at the Spokane Valley Mall? She was, ready to be part of an experiment where I saw if I had enough stamina to bicycle from Coeur d'Alene to Spokane Valley and back on my vintage Schwinn Suburban 10-speed.

The distance was roughly 50 miles. I was thinking it would be fun to bicycle my age, something a lot of cyclists do to celebrate their birthdays. If my plan was too ambitious, my friend would bail me out.

As it turned out, everything worked in my favor. It was a sunny, not-too-hot, not-too-cold day with almost no wind on primarily flat terrain. I started on the North Idaho Centennial Trail near the Riverstone Park in Coeur d'Alene.

Much of my trip paralleled Interstate 90. The views of the Spokane River and the surrounding mountains were gorgeous, but almost all of the nature noises were lost in the din of the nearby cars and trucks racing by.

On the way to Twigs, I missed a less-than-well marked turn where the trail goes underneath Interstate 90 near the Idaho-Washington border and rode into Liberty Lake on the Liberty Lake Stateline Trail. That mistake was easy enough to fix. Without consulting a map, I crossed the freeway on a bicycle bridge and headed a short distance toward the Spokane River to rejoin the Centennial Trail.

That was where I found my favorite section of that day's journey, between the Harvard Road and Sullivan Road trailheads. The freeway noise receded. The smell of pine perfumed the air as birds flitted in the branches above me. I saw two paddlers carefully navigating their way through the shallow, swift water in kayaks and an angler trying his luck.

I got off my bike and walked it down one of the many informal footpaths that lead to the river, leaving it for a short time, so I could dip my feet in the water.

Just like my earlier visit to the trail, I wanted more, more time to linger on the sunny boulders near the river, perhaps with a book, or the chance to go farther and see what other sections of the trail could reveal.

If my good luck holds, I will be back. I'm hooked.

What to bring if you go: Water to stay hydrated, a windbreaker for a sudden change in the weather, a cell phone to help navigate and summon help in an emergency. 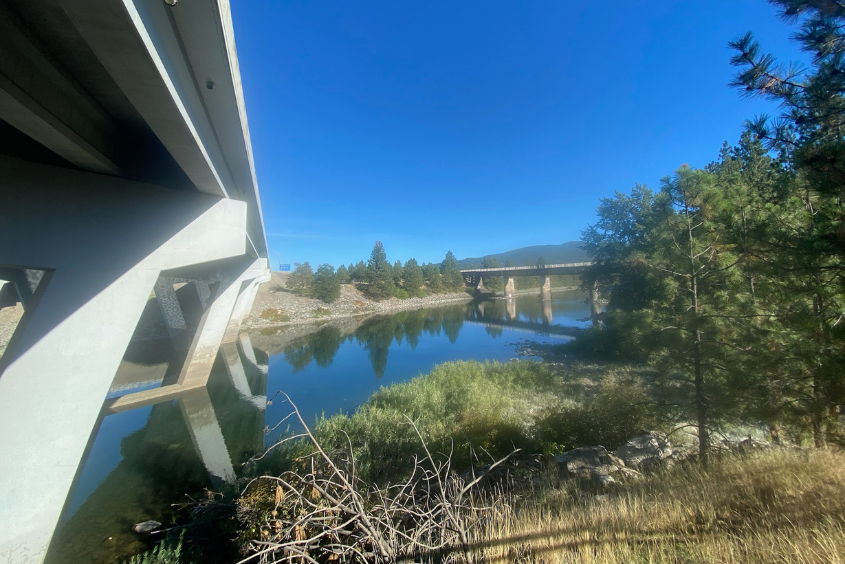 Elaine Williams is the Business Editor at the Lewiston Tribune in Lewiston, Idaho. She has been bicycling, skiing, paddling, hiking and camping in the Inland Northwest for 30 years.